As If It Were Yesterday 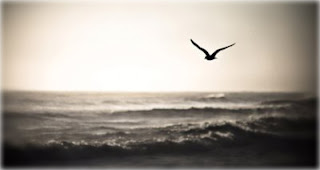 It’s amazing how time flies up into a whirlwind of ‘remember whens’. There are so many ‘it feels like yesterday’ moments and times you’ve had where you’ve completely forgotten it, leaving you with thoughts and memories that haven’t been tapped into for some time. It’s odd to trek into the archive files of your mind to discover things that seem new when they are actually deep within the past. This morning at around 6am, Madelene and I were snuggling in our bed listening to the rainstorm, wishing it was Sunday morning. We started reminiscing...

Mornings like these remind us of waking up in Montauk, listening to the waves crash besides the beach house. The entire ground rumbled as each wave made its way onto shore. It was like the ocean’s heartbeat. I remember the first time I had brought my parents over to the house for a vacation. They hadn’t been on a vacation for over 15 years. It was time. To see the look on my father’s face when we arrived to the house was one of the best feelings I’ve ever had. He hardly said two words. He just stood out on the deck and stared out at the ocean, which was almost crashing right beneath him. He couldn’t get over how close the ocean was. “Ya gotta be kiddin' me! We’re right on da' ocean!” He kept saying over and over. A man who has taken care of a five women household - I thought it was time to treat him back.    On the other hand, my mother shuffled her way inside the house and started making one of her antipasto salads while asking for a martini on the rocks. I don’t even think she blinked at the ocean once, until her cigarette break- but that’s ok, we thought it was cute.

5am would roll around and my mom would get up like clockwork to make percolated coffee. She’d stand there like a slave waiting for the boil to hit the glass nozzle. “Ma whaddya’ doing up so early? You do know there is a coffee maker over there, don’t you?” She had brought her own “Alice Kramdem” percolators and no one could say a word about it. It’s how she rolled. 6am, my father and I would head out to the shore to go fishing. He brought his little fishing kit and started to teach me the proper way to cast out a line. Funny thing is, I had never gone fishing with my father until I was 30 years old. I felt like a kid being taught how to fish. We never caught anything, but we sat out there talking about his days on the fishing boats when he worked over at the South Street Seaport in Manhattan, among other sidetracked tales of his past. (My sisters will nod while reading this.)

Watching both my parents walk down the stairs with little foldout beach chairs to watch the ocean was so cute. They’d sit there for hours like two newlyweds. Madelene and I would head out and give them their time together watching the beautiful views and enjoying much needed time alone. We’d come back and see their two silhouettes sitting together on the beach, hand in hand talking nonstop. To tell you the truth, although I know my parents love each other like crazy, I’ve never seen them so romantic as they were on this trip. I’ll never forget it.

Both, my mom and dad are big smokers. I can actually say that they are chain smokers. One after the other after the other, and so on. I had arranged for them to stay in the master bedroom. It had a huge room with their own bathroom. They even had a door leading to the back patio and barbecue area, where you’d think they would go outside for a smoke. They did, but not every single time, nor did I expect them to. Late at night, when Madelene and I would retire into our bedroom, we’d smell the stale stench of cigarette smoke. Even though they were in separate rooms, we’d still smell it, as if he was puffing it right into our room. At 3am the smell would fade off into the fibers of the walls eventually.

Madelene and I still head over to the same beach house from time to time, but because my parents are a bit older, my father cannot walk up the high stairs leading to the house any longer. Even the short staircase leading up to the bedrooms would be difficult for him. It’s odd, because it was only five years ago. Sometimes I feel bad, because now I live in an apartment that has three flights of stairs going up. My father used to love coming by when I had my old apartment on the ground floor, and now, he tells me to install an elevator. How five years makes a huge difference when we’re getting up there in age. This is why I love to cherish the memories I’ve had with them, as well as the new ones to come. 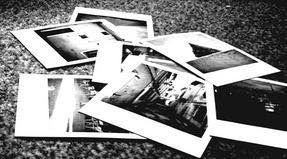 Things change, people change, circumstances change, but I’m trying my hardest to focus in on 'the now' and remember all of the good times of the past, instead of mourning them. There’s a big difference in remembering and mourning. I think it’s safe to say that we all mourn them most of the time, but for some, if they’re lucky enough, they’ll remember it as if it were yesterday.
Debra Pasquella memories Montauk percolators vacation