Manipulation: How to Detect It? 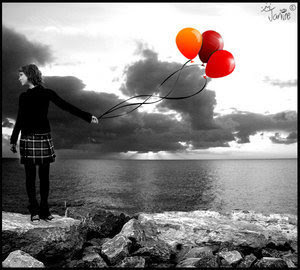 Manipulation is a set of behaviors whose goal is to:


Some people are so “put together”, that anyone who knows them as acquaintances or platonically would never suspect this person to be this type of character. Their intelligence exceeds the norm sometimes, and they can really use that to their advantage—even fooling your own intelligence making you feel as the ‘bad guy’. There are other times when a manipulating person can actually forget what they tell you, simply ignoring their statements and moving on with the next; almost like subliminal messages. It really screws with your head.

Dishonest people. The one thing I ask for in a friendship or relationship is honesty. What was George Bush’s statement one time, “Fool me once, shame on you, fool me twice….errr…..then you’ve fooled me again.” When somebody is caught in numerous lies, I tend to build a proverbial wall and guard myself for the ‘next lie’…which may lie ahead. My trust factor drops and all my ability to believe anything they have to say goes right down the drain. There are people that lie so well, that their lies almost become their honest answer. They believe what they’re saying. Is it a sickness? Is it something they’ve trained themselves to do?

I always try to focus on the positive side of people, however, when lies and deception take place of trust and honesty, then there’s no room for them to be in my life any longer. I forgive, I forget, but sometimes, you have to know when enough is enough and just let go. Give it up to God and pray for the person whose life is ruled by lies and manipulations. By all means, I’m not perfect, but I refuse to take emotional blows from somebody that I’ve trusted and believed in for so long. It hurts and it makes me suspicious of other people- and I don’t like that feeling. I want to be able to trust. No wonder there are so many people with trust issues.

Toxic people. These people wreak havoc on your emotions and set goals to make sure that whenever you are happy, they’ll make sure to disturb it a little or a lot. They don’t want to see other people happy, so they make sure that you’re in the same funk as they are. Don’t let these people manipulate you into thinking you’re in the same funk. Their bad attitudes and grudges will only leave you feeling drained. It’s best to remove yourself from the person or situation if that ever happens.

Upbringing. Does it matter? In my opinion, people who are from a broken home or have been jaded many times in their past will potentially be toxic to you if they didn’t get the necessary help resolving certain issues in their own lives. My mother always told me, “Marry a man who loves his mother.” Of course, the man part is out of the question, however, I think it speaks volumes for people in general. How do they treat their parents and siblings? Sometimes, that’ll effect the way they treat you. Through my own experience, I have seen this to be true. Some may debate me on this, and that’s ok, however, I feel strongly about that issue.

Gratitude. There’s a lot to be said about a person who doesn’t have an ounce of gratitude for people who help them. They take take take, without the consideration of giving back. I’m not talking material-wise - I speak upon giving back in love, respect and compassion. There are many self-centered people who don’t realize that all they do is take take take. They never give it a second thought that maybe, just maybe, it would be nice to actually make somebody feel good, give them loving and emotional support, or just be there as a friend with a non biased outlook.

These scriptures below are helpful in understanding manipulators and their motives.

Look at those who are honest and good, for a wonderful future lies before those who love peace. ~Psalm 37:37

All day long you plot destruction.
Your tongue cuts like a sharp razor;
you’re an expert at telling lies.
You love evil more than good
and lies more than truth. ~Psalm 52:2-4

Lying lips are abomination to the LORD: but they that deal truly are his delight. ~Proverbs 12:22