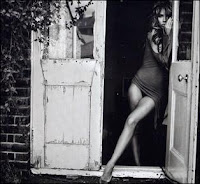 When one door shuts, does another door open? Old question- I know. But, when something ends, something new must begin, right? Or does it just recycle itself back into your life in another form? I have two conflicting emotions inside of me tugging on both ends of my heart. There’s this sadness that’s beyond belief, and then there’s this excitement for a new and improved life that’s bursting out with joy. They’re both equal. The sadness part is, the “old life” needs to fade out and manifest itself into good memories. Or, were all those “good memories” just a bad dream? It’s hard to tell. Hindsight is 20/20 they say. We’ll see. I haven’t walked far enough past the sadness yet.

They say, ‘everything happens for a reason’ and ‘what won’t kill you will make you stronger’. Sometimes I just want to laugh at those platitudes. I remember once, somebody telling me that time would heal me. While going through that ‘bad time’, I didn’t believe it. After a few years (yes, I know a long time), my heart did heal. Time did heal me. It’s just the waiting it out part that stinks. I’m not the only one experiencing this. I know that all of you can relate to this somehow on some level.

Why are people so scared to say ‘goodbye’? What if two people aren’t meant to be together---isn’t a “goodbye” crucial to ending the relationship? Or do some people feel that saying “goodbye” would burn a bridge that they would possibly need at a later date? Is it selfish not to say goodbye? Or is it a selfless act of making yourself available to somebody you’ve just broken ties with? (This can be taken romantically or platonically.) Sometimes the “goodbyes” can be quite melodramatic. Some people live for that “drama”; they strive to go the distance of the terrible break up scene when Rhett Butler left Scarlett O’Hara from Gone With the Wind.

Sometimes a clean cut is best. Other times, it takes a little weaning off to take the bulk of the pain away. It depends on the parties involved. For me, I’m a “wean off’ type of girl. Even when I used to smoke, I had to wean off, until I finally quit at the age of 23. I didn’t go cold turkey—I let myself wean off slowly, enjoying each cigarette, each puff, as I blew the smoke goodbye…gradually. People are so quick to just end things—go cold turkey and fight the battle of what’s persisting in their hearts. I don’t get it…I never did.

So, when one door shuts, can the same one reopen?
family friendships Gone With the Wind love relationships