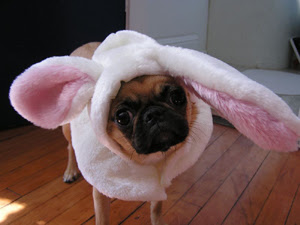 Is it true that when we dwell on the negative, we give it more power to consume us? I’ve always heard the saying, “Whatever you resist, persists,” but I’m not sure with all these clichés and platitudes that it’ll make me feel any better. Sometimes, when I’m in a funk, I dwell on it a little too much, even bringing some of my own people down with me. Misery loves company, right? Yep, and yet another cheesy cliché.

I’m finding more and more people who are depressed, jaded, heartbroken and just discouraged about life itself. I’m one of them. Sometimes I feel that nothing in my life will go right. I don’t have enough money, I’m confused about my direction in life and the big ol’ pity party---“where’s God when I need Him?” It starts to get to you. While scrolling through some websites that people have made on Myspace, I’ve noticed so many people in the same state as myself. Some worse off, yet, I can still relate on some level. There are some people who simply don’t want anybody else’s help. Their trust in people is lost. The problem with that is ‘relying on people’. If we solely rely on people, you’ll come to find out that they’ll always disappoint us in some way. I’m not speaking bad about peoples’ characters, I’m speaking in terms of---they’re only human. We all have our limits and boundaries of how we can handle certain issues. In one Myspace account, I saw a girl that said, “Fuck the world”, as her screen name. Is it really that bad?

There are countless gays and lesbians losing more hope each day. Why? Why is it so hard? Is it because people around us make it so hard? Or is it that we’re trying to gain so many acceptances, that it’s nearly impossible to achieve that goal? Will it make it any easier if everyone around us tolerated our lifestyle? Maybe in cases such as medical issues and family stuff, but I think the main idea is that we feel isolated in our own world. It gives us a feeling of despair when we notice that people are trying to limit our rights.

What about religion? I know for myself, I really got discouraged with some of my fellow Christians. They judged me, ridiculed me for being gay and even went as far to suggest that I should change my religion to something else. They wanted me to go away. I was a “sinner” and God would never accept me. Some said that God “hated” me. That left a bad taste in my mouth- so much, that I almost lost faith there for a while. I took a few steps back in my faith due to what other Christians suggested. Why was I relying on their acceptance? Why were these people, who were sinners themselves, making me feel worthless?

This scripture gave me comfort when those around me had given me the spirit of discouragement:

You were getting along so well. Who has interfered with you to hold you back from following the truth? It certainly isn’t God, for he is the one who called you to freedom. But it takes only one wrong person among you to infect all the others—a little yeast spreads quickly through the whole batch of dough!I am trusting the Lord to bring you back to believing as I do about these things. God will judge that person, whoever it is, who has been trouble and confusing you. ~Galatians 5:7-10

I have people telling me, ‘this is a sin,’ and ‘that’s a sin’, and comparing my homosexual lifestyle to rape and murder. Is loving someone of the same sex that bad? Homosexuality isn’t even listed in the Ten Commandments.

“The Most Important Commandment”
One of the teachers of religious law was standing there listening to the discussion. He realized that Jesus had answered well, so he asked, “Of all the commandments, which is the most important?”Jesus replied, “The most important commandment is this: ‘Here, O Israel! The Lord our God is the one and only Lord. And you must love the Lord your God with all your heart, and all your soul, and all your mind, and all your strength. The second is equally important. Love your neighbor as yourself. No other commandment is greater than these." ~Matthew 22:34-40

The most important commandment is love. God doesn’t hate, no matter how many times some “Christian” will sit there and condemn you for being gay.

God loves us all, gay, straight and in between. There’s not one person without sin, so are all of us going to hell anyway? I think it's safe to say that we all need our own relationship with God, and not rely so much on people. The sadness that comes from the isolation we feel due to people's judgments can be overwhelming, but if we can look beyond their human nature and see the bigger picture---God's acceptance---then have hope in that.
Christianity God homosexuality relationships