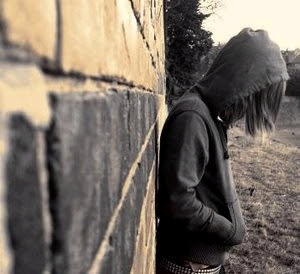 A cross between denying one’s true self about who they are and hiding under a religious mask can make for disastrous relationships. Guilt, shame, depression, anxiety, anger, resentment and lack of self-esteem can literally destroy a person. Living a lie starts to define the person who hides behind the mask of religion. All of these emotions are not of God. Who pours out all of these negative feelings upon a person? Do you believe God wants you to feel this way? Do you think that God wants you to ignore who you truly are, just because “religious” people have set forth rules?

How terrible it would be if a newborn baby said to its father and mother, “Why was I born? Why did you make me this way?” ~Isaiah 45:10

Why are we doubting how God created us?

Interestingly enough, it seems as though even the high priests, such as the Pope can’t make up their mind about what’s wrong and what’s right.

“Reportedly, the Pope might consider accepting condoms as the lesser of two evils in this instance. In other words, it may be a sin, in the Roman Catholic view, to use condoms but it’s an even greater sin to knowingly transmit a life-threatening illness to another person or to knowingly destroy your own life by becoming infected.”

One religion says it’s a sin to have premarital sex, while another is considering that it’s okay. Who set the original rules anyway? Immorality is one thing- to have promiscuous sex is dangerous to your body, as well as emotionally. But, in my beliefs, if you truly love a person and know that the intimacy is intended to communicate in a loving way—how can that be a sin? Adultery has been confused with “premarital sex”. Adultery is when somebody is already married and has an extramarital affair. Their definitions are warped and distorted. It’s betrayal.

Homosexuals are hiding under the religious mask. Some people even get married and have kids, to only realize that their life that they have known so well, for so long, was a complete lie all this time. Religions have made it extremely hard for those who are gay and lesbian. A close friend of mine was literally hidden by her ex-partner, because she and her family were Mormons. My friend was labeled “the roommate” for a very long period of time. Even though my friend was completely out of the closet, she had to slip back inside, for the sake of her partner not comfortable being out, due to religion.

We’re focusing too much on “religion” and what other people think, as opposed to focusing on having a closer relationship with God and knowing what He truly wants for our lives. Ever since I’ve been debating with radical Christians on this website, they have asked me numerous times why I believe that homosexuality isn’t a sin, if I claim to read the bible. Well, the scriptures according to Leviticus don’t apply to Christians. If they were, of course we wouldn’t be allowed to eat shellfish, men wouldn’t be able to shave their beards and we would defile ourselves if we sat next to a woman who was menstruating. These are the old laws that no longer apply. Romans and Corinthians all speak about the promiscuous nature of homosexuality. Lust is not love. I then told them, through my own spiritual experiences with God, He has told me Himself that He loves me anyway and He loves all homosexuals who serve God and practice loving relationships, just as He loves heterosexuals. Not once, has any of these people stated that their beliefs were based on spiritual experiences, as well as references in the bible.

Every time I pray and meditate, God gives me scriptures to use, according to what applies. If there were prophets in the days of Jesus, why don’t people believe that there are prophets today? I’m not saying I’m this all knowing prophet, but my experiences are real… This is why I’m so confident that gays and lesbians are just as loved…just as accepted as anybody else.

God loves you dearly, and he has called you to be his very own people. ~Romans 1:7

The tiny thought in your mind that God doesn’t accept you, stems from the evil one. Each and every one of us are sinners. There’s no getting by that one. Why would God throw us down to earth only to cast us back into hell? There’s a bigger picture we’re just not seeing.

(A scripture that jumped out at me while writing this post!)
I want you to know how much I have agonized for you and for the church at Laodicea, and for many other friends who have never known me personally. My goal is that they will be encouraged and knit together by strong ties of love. I want them to have full confidence because they have complete understanding of God’s secret plan, which is Christ himself. In him lie hidden all the treasures of wisdom and knowledge. I am telling you this so that no one will be able to deceive you with persuasive arguments. For though I am far away from you, my heart is with you. And I am very happy because you are living as you should and because of your strong faith in Christ. ~Colossians 2:1-5

Why can’t we all be encouraged and knit together by strong ties of love? Why are we continually arguing over who’s the bigger sinner? We’re all in this together, why not unite?
biblical scriptures Big Love Catholic Christianity gay sex gays and lesbians homosexuality LGBT priests religion the pope