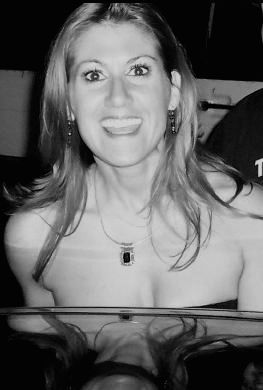 Today my close friend that I grew up with is getting married. Maria and I met when we were fourteen years old. We met under different circumstances. My friends were against her friends. We were in art class one day, and everyone was basically at war with one another. Her friends sneered at me—as I tried to ignore them. I thought Maria was ‘one of them’, but she wasn’t.

Maria came up to me and said hello. We started talking and telling one another what our plans were for the weekend.

“Well, I’m going to this big party tonight! You should go!” Maria said.
“Really? I would love to, but my boyfriend is holding this huge party at his house tonight.”
“Oh, who’s your boyfriend?” Maria asked.
“Rob.”
“Rob???” Maria screeched, “That’s the party I’m going to!”

We ended up making plans to meet one another. She even slept over my house because I told her my curfew was pretty much lenient. It was as if I found a sister I never knew I had before. The both of us found ourselves spending the afternoons after school together, going to parties together and developing our own little circle of friends. The parties were nonstop. We held our own parties at my house and had such a blast. We created so many memories!

Maria and I even went to the prom together with our dates. My date ironically enough was gay. Back then he didn’t know I was gay, and I didn’t know he was gay. We found out recently that the both of us worked for the other team. I knew there was something a little feminine about him when he started dancing like showgirl. He was a great guy—and still is.

My friend Maria has seen me through heartaches and was there for me each time. I’ve seen her go through her share too, and always ran to her side when she was hurting. After all these years of being friends, we’ve never fought. I think we had a little disagreement once---but that was it.

Maria was one of the first people I 'came out' to. She accepted me as is and didn’t even flinch when she heard the news that I was gay. She didn’t think I was going to pursue her, nor did she think I was some sort of freak. She was never embarrassed of me. Everything was still the same. When some of my other friends backed away from me due to my decision to come out, Maria was still there like she was before. You really know who your true friends are during those times; and Maria is definitely one of them.

Later on during the years (current times), we sometimes would drift apart for a few months, but when we do connect again, it’s as if no time has lapsed over. It’s one of those friendships where you always know that you’ll be in one another’s lives no matter what.

So, I’m making a toast to her on my blog today. At 4pm, I’ll probably be crying my eyes out watching my childhood friend get married—and finally have the happiness she deserves.

Maria, I love you with all my heart. There is nothing better than seeing you happy. I wish love, happiness, health and prosperity for you. I hope your life is full of laughter and joy. I pray that your marriage is full of passion and unconditional love—you deserve only that. You’re an incredible woman who needs to be treated with respect and honor. I’m hoping your years ahead will be fulfilling. If you have children, I know without a doubt in my mind that they’ll have the love that they need through you and Chris. The both of you are amazing people and I’m so excited to see you two exchange vows.

See you at 4pm. I’ll be the one blowing my nose like a trumpet trying to hide my tears! I love you! Congratulations!!!