Have Faith--Nothing To Be ConCERNed About 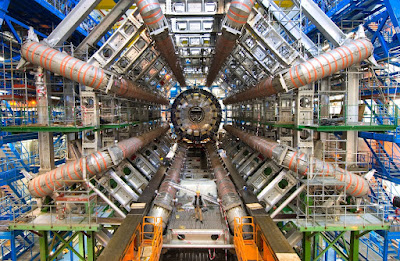 Have you been feeling on edge, more so than usual lately? Have you been tempted to just tell someone off, or argue with someone just for the sake of arguing? You may even believe that what you are experiencing is completely just "you"---or that it's a normal process of anxiety and anger. But what you may not know is that something else is behind the scenes. This is the part where I tell you, 'believe it or not,' and if you don't believe it, then witness all that's happening around you, especially when it comes closer to July 5th. 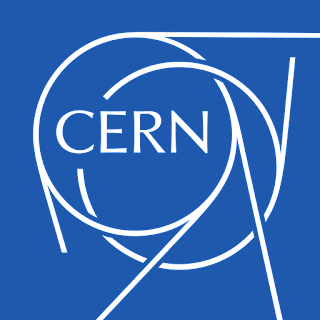 Here's a fun conspiracy theory: CERN located on the Franco-Swiss border near Geneva. At CERN, the European Organization for Nuclear Research, physicists and engineers are probing the fundamental structure of the universe. They use the world's largest and most complex scientific instruments to study the basic constituents of matter – the fundamental particles. They use the Haydron Collider. The LHC is a particle collider. The name accurately depicts what LHC does: it smashes particles---usually protons, but it can also collide larger particles that physicists call “heavy ions.” Typically, that means ions of lead, the heaviest non-radioactive element. To do this, the LHC first shoots two beams of particles into its ring, traveling in opposite directions. They spiral round and round, accelerated and guided by high-powered electromagnets, until they reach very near the speed of light. Then, after they’ve come up to speed, they collide head-on. The logo itself has the number of the beast: 666.

Some believe this will create more Mandela effects and open up portals to let dark matter in, as well as send us into parallel universes. It sounds like a sci-fi movie to me. But people all over TikTok and Youtube have been warning the public about its devastating effects on our inner "good" and "bad" sides. It's going to show which one we feed off the most.

Stand On the Word! 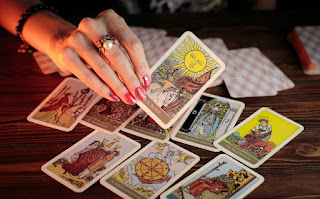 With all that being said, let's just remind ourselves that God has already overcome the world. Whether this is true or not, you have to lean on God more than ever before. I say this because, after what our world has been through---isn't this enough to question the ability of mankind and darker entities to wreak havoc....again?

Let me ask you something else... If you are a Christian, have you been noticing other things enticing you, like the need to collect crystals, reading Tarot cards, going to psychic mediums, practice something so seemingly innocent, like yoga, or dabbling into new age spirituality because it seems so 'calming?' I noticed a lot of my friends have been doing this. I'm not one to judge because I've also been in states where I didn't know if something was good or bad for me. Every single time I dabbled into these things, something bad always happened to me. With the people in my life practicing these things, I'm seeing them suffer with emotional turmoil and unfortunate circumstances. But they're not seeing it for themselves.  They think it's all a coincidence. So did I...

Leviticus 26 “If a person turns to mediums and necromancers, whoring after them, I will set my face against that person and will cut him off from among his people."

Necromancers are those who want to connect with their deceased loved ones. Listen---I get it. I wish I could speak to my mom or dad and friends who have crossed over. But the truth is: you are not speaking to them. You are speaking to what they call, "familiar spirits." These are demons who know everything that you and the deceased have in common. So they will point out that special locket hidden in a place only you two would know about. They'll bring up something personal that only you two have shared. Don't be fooled. And if you are a believer, you know that this is a sin, and the only thing that can come out of this is a connection with the evil one.

Deuteronomy 18-10:13 -- "There shall not be found among you anyone who burns his son or his daughter as an offering, anyone who practices divination or tells fortunes or interprets omens, or a sorcerer or a charmer or a medium or a necromancer or one who inquires of the dead, for whoever does these things is an abomination to the Lord. And because of these abominations the Lord your God is driving them out before you. You shall be blameless before the Lord your God."

Remember, there is NO SUCH THING as a "Christian psychic" or a "Christian medium." It's an abomination. Without the risk of sounding judgmental, I am going out on a limb writing this because I love the people in my life, and many of them are Christian, but still tampering with this dangerous "entertainment." in need to contact their loved ones. Their grief is just so overwhelming. Trust God to handle your grief. He gives beauty for ashes---believe that.

Why am I relating this to CERN and the tense energy we are experiencing today?

Throw in politics, and the overturn of Roe v Wade, and the 2nd amendment ruling after horrific school shootings, as well as the violent riots going on that have people so emotionally outraged over every single decision. We are emotionally charged up and angry. They are pitting us against one another. Don't you see that? Your opinion will make you their enemy. That's the plan.

As the hadron collider reaches its maximum speed, this affects every living being on this planet. This will especially wreak havoc on our psyches. I'm not sure if this is gonna open portals or send us into an upside down world, but with everything that's going on, just the thought of tweaking our emotional state to the maximum will send us into a chaotic scene, come this weekend.

Stay Away From Alcohol This Weekend!

Are you crazy, Deb? It's the 4th of July weekend---are you serious? YES. Not only do the "spirits" (wine and spirits) open up portals to your own inner self, but it ramps up the emotional charge we all are experiencing, adding CERN's restart to an unprecedented level of collision energy. Yes, that includes YOU and ME. I can't tell you what to do, but for me, I am not going into crowds, touching alcohol or being around emotionally charged and angry individuals. I am relying on God, with prayer and meditation. There is a spiritual war happening as we speak, and people are still walking around like nothing is going on except for higher gas prices and the inflation of food. Yes, that's important---but dig deeper into this. That's only the start of what's to come.

I've been sober for almost a year and a half, and I'm feeling the charged atmosphere in a huge way. I know for a fact that if I was still drinking and using---I would be in a very dark place that I couldn't get out of very easily. The devil has easy access when your body and mind is intoxicated. Don't let him have access to you. Be in control. And if you do dabble, be mindful as much as possible. Be aware of your surroundings and people who are around you.

But again, like I said, this is all a conspiracy theory that some believe in. If the Mandela effect didn't convince you of parallel universes, then let me ask you this....

Remember Ed McMahon? Wasn't he a part of The Publishers Clearing House? Now they're saying it never happened. Things like these are popping up everywhere. The Mandela Effect is a phenomenon that makes us question even the most mundane memories from the past. For instance, Tom Cruise never wore sunglasses when he danced in his living room on Risky Business. His shirt was pink. Look it up. It's not a huge deal, but research it all for yourself. Just type in "Mandela Effect" on Google or TikTok.

As for now, keep focused on God and stay out of trouble this weekend kids!