Do We All Have the Gift of Intuitiveness? 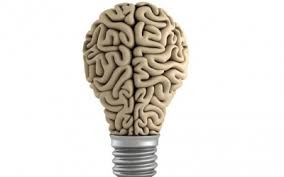 Science tells us that we only use 10% of our brain, while many religious and spiritual people believe that's where God resides -- in that 90% portion. Eckhart Tolle explains that you are NOT your mind. There is the Being (you as a spirit more or less) and then there is your mind. You can simply witness your mind when you're struggling with something to overcome negative reactions to certain situations. It kind of makes sense though, since we are mostly spirit, but our mind, our {carnal} state of being takes full charge sometimes. I think that's when we're separated from God. I've always wondered what makes a psychic or religious prophet gifted. There are some people who are mediums who can speak to the deceased, while there are others who can somehow predict the future. Some can read your mind. While I believe there are such things as mediums, religious prophets and psychics, I also believe there are false ones out there who either profit from it, or simply want acknowledgment of a gift they wish they had. Many of us are taught that nothing is a coincidence. Then what explains a false psychic guessing something about you? Is there such thing as coincidences? For me, I stopped seeking out psychics and mediums due to the fact that most are fake, but most of all, it's forbidden to seek out mediums in order to talk to the deceased. Then I questioned, what makes Christian prophesy any different? My fear of going to a regular medium who is not of the Christian faith tends to lean on the belief that the spirits that they are conjuring up are what's called "familiar spirits" -- not spirits of your loved ones, but a "spirit" that's not of God who knows everything and everyone in your life. The devil can hack into a medium's reading and give you what you need. Most likely, you'll start relying on that medium, instead of going to God for guidance. There are many Catholics who rely on psychics just as many rely on psychologists.

For Christian believers, relying on psychics and mediums is just plain dangerous. Here's an excerpt I found on BibleInfo regarding using mediums to talk to your deceased loved ones.

What does the Bible say about ouija boards and contacting spirits?

In fact, there are strong warnings against contacting the spirits. Leviticus 19:31, “Give no regard to mediums and familiar spirits; do not seek after them, to be defiled by them: I am the LORD your God.” 20:6, “And the person who turns to mediums and familiar spirits, to prostitute himself with them, I will set My face against that person and cut him off from his people.”

Why? First, the Bible commonly compares death with sleep. 1 Thessalonians 4:14 NKJV says, "For if we believe that Jesus died and rose again, even so God will bring with Him those who sleep in Jesus." Ecclesiastes 9:5-6, 10 NKJV, says "The dead know not anything, neither have they any more a reward; for the memory of them is forgotten. Also their love, and their hatred, and their envy, is now perished; neither have they any more a portion forever in anything that is done under the sun…For there is no work, nor device, nor knowledge, nor wisdom, in the grave." Our departed loved ones are said to be "sleeping" and actually have no consciousness of those who are living.

So if the dead are merely sleeping, then who are the spirits mediums and psychics contacting? If it is true that our loved ones are unconscious of “anything that is done under the sun,” then who or what are pretending to be those we were “familiar” with and knew us so well when they were alive? Revelation 12:8-9 NKJV, says "But they did not prevail, nor was a place found for them in heaven any longer. So the great dragon was cast out, that serpent of old, called the Devil and Satan, who deceives the whole world; he was cast to the earth, and his angels were cast out with him."

We see that Satan, "the father of lies," and his minions are trying to “deceive the whole world.” Fallen angels can deceive us by appearing as good beings, even spirits of people we are familiar with. "No wonder, for even Satan disguises himself as an angel of light. Therefore it is not surprising if his servants also disguise themselves as servants of righteousness, whose end will be according to their deeds." (2 Corinthians 11:14-15, NASB)

No wonder the Bible is so adamant about not communicating with the dead. Ouija boards, séances, the occult and witchcraft are all tools that fallen angels, also known as demons, try and use to deceive you. And not just do they aim to deceive, but it’s not uncommon for these practices to lead to demon harassment and/or possession. Throughout the Bible are more than a few accounts of people tortured by evil spirits.

One of the most significant is Jesus’ encounter with a man who was possessed with a legion of demons. “And when He had come out of the boat, immediately there met Him out of the tombs a man with an unclean spirit, who had his dwelling among the tombs; and no one could bind him, not even with chains, because he had often been bound with shackles and chains. And the chains had been pulled apart by him, and the shackles broken in pieces; neither could anyone tame him. And always, night and day, he was in the mountains and in the tombs, crying out and cutting himself with stones.” (Mark 5:2-5, NKJV) But God offers to anyone an alternative. 1 Corinthians 6:19, “Or do you not know that your body is the temple of the Holy Spirit who is in you, whom you have from God, and you are not your own? For you were bought at a price; therefore glorify God in your body and in your spirit, which are God’s.------read more over on this site at BibleInfo.

Think about it: "Satan is the father of lies" -- "fallen angels can deceive us by appearing as good beings, even spirits of people we are familiar with. No wonder, for even Satan disguises himself as an angel of light." 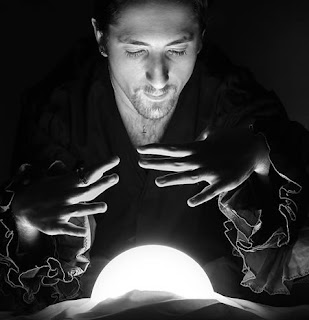 If you're going to trust someone that is not from this world, trust in God. Pray to God. Don't rely on someone's "mediumship" to guide you. In fact, even some Christian prophets aren't being truthful. One night I was on Periscope watching this woman whose 9 year old child just passed from a brain tumor. Instantly, this medium logs on. He starts to blurt out a name. "She's calling for a John. Who's John?" The female broadcaster said, "Oh that's my daughter's father." Then the medium blurted out in the comment section, "James. She's calling for James." And the woman said, "That's her brother! Wow! I really need to talk with you!" As I flipped through Google, I saw her daughter's obituary that stated all the names of her relatives and how she was related to them. This was an easy target for this medium. I notified the grieving mother and asked her to please not rely on this medium. He is taking advantage of you and will most likely charge you because you're intrigued by his "knowledge." Google's good for that.

Charismatic people are most likely to reel you in with their charm. In fact, the term, "con man" was coined by the old practice of the "confidence game," which is swindling by means of trust. They're usually very intelligent, funny and charming. They get you to simply adore them. Once they have you reeled in, BAM, you're out a few thousand dollars or more. I've seen many Christians prophesize on live stream apps. They seem like they're in a trance as they start rambling off "good fortune" to everyone who is listening, or perhaps, that "one" person who may have tuned in. I mean, yes it CAN be real, but with their PayPal link all set up for donations, is it really? 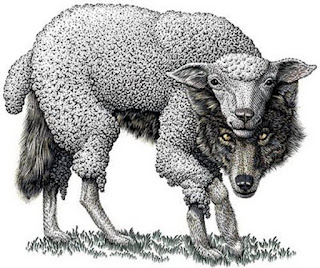 Anyone claiming to be a spiritual, or a Christian prophet that are pretending to be speaking God's words should truly repent. You are risking the Lord being against you -- almost like forgery.

“Their visions are false and their divinations a lie. Even though the Lord has not sent them, they say, 'The Lord declares,' and expect him to fulfill their words. Have you not seen false visions and uttered lying divinations when you say, 'The Lord declares,' though I have not spoken?'  Therefore this is what the Sovereign Lord says: Because of your false words and lying visions, I am against you, declares the Sovereign Lord.” ‭‭Ezekiel‬ ‭13:6-8‬ ‭NIV‬‬

When I attended a church back when I was only 23 years old, I was new to Christianity, just crawling out from the barrels of Catholicism. I remember there was one person at the end of the sermon who would speak in tongues, and then someone across the room would then interpret it. I felt the Holy Spirit and felt this to be true. Your spirit will know -- if you love God with all your heart, God gives you the gift of discernment. You will just know who is false and who is genuinely speaking the words of God.

I guess you can say we all have the gift of intuitiveness, whether we tap into or not. And if we strengthen it like a muscle to help other people, we must be genuine and not scam or lie to people. I truly believe I have the gift of intuitiveness myself, but in a small way, like a premonition in a dream, or even just a gut feeling. Never underestimate your gut instincts. They're usually spot on. I use my intuitiveness for myself and personal awareness. Sometimes I'll check in on a friend if I feel something is 'off' -- which I believe many people have that ability as well. Even if I did have the ability to prophesize, I would never charge someone. That's a gift from God that should be free, in my opinion. What I would suggest is that if you are Christian and looking to speak to your deceased loved one or looking for guidance...PRAY. The answer may not come right away, but God will never let you down.

For more of Deb's articles, please visit: www.debrapasquella.com or join her on Facebook and Twitter. Check out her cooking blog for some of her famous recipes! Feel free to watch Deb's live broadcasts over on Periscope as well!
at February 07, 2018