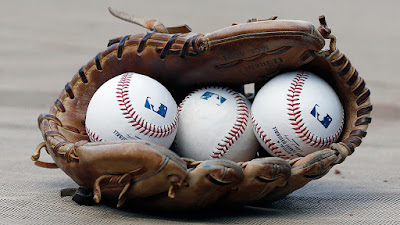 I've learned that you shouldn't go through life with a catcher's mitt on both hands -- you need to be able to throw something back, as the great Maya Angelou once said. I've never understood the "takers" in life. It must come with some sense of entitlement, either through how they were raised, or perhaps they feel they've done "this much" in life, so now everybody else owes them something. Whatever it is, it can be draining on the "givers" in their life. My dad always taught me to be extra generous. He would overtip, do big favors for people for free, like plow and fix the road we lived on for us and all of our neighbors without asking for a dime. He even provided shelter and food for the homeless, providing them with an opportunity to work with him at his excavation company so that they could get back on their feet again. My dad was the most generous person I ever knew. He would give you the shirt off his back and never think twice about it. He loved to cook and always offered anyone who was over the house food, wine, a place to stay and of course, a friend for life. That's just how he was. He didn't have any hidden agendas, other than having empathy for those who needed him. Unfortunately, many people took advantage of his kind nature, only expecting more and more. Sadly, nobody ever did anything back for him. Maybe they saw him as the most capable guy around. Some thought he was rich. He wasn't. He never asked anyone for money, except for some loans and maxing out his credit cards from time to time. He'd rather go into debt than to ask for money from anyone. So nobody ever thought that he needed help. His heart was in the right place, but it left him in a financial bind at times. 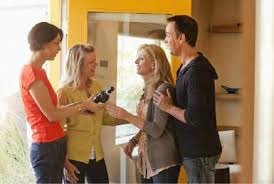 My mother taught me some valuable 'common sense' kind of tips about life. She always told me to say "please" and "thank you." She said, "When you're invited to someone's home for dinner, never go there empty handed. Bring some dessert or a bottle of wine over. It's rude not to contribute when someone is offering you their home and making you something to eat." Later in life, I found many people who were never taught this beautiful lesson in life. I always told my friends, "Just bring yourself and an appetite," and I really meant it. I don't need anything -- I always prep for dinners and get togethers by myself. But a few of my friends came over with an abundance of goodies and gifts which surprised me. There were people out there who believe in giving back. It's never expected on my part, but it is nice when someone does acknowledge your efforts. My mother also told me to never overstay my welcome in someone's home. "Know when to leave." My mother used to love the book of Proverbs. One of the scriptures she always used was this one: "Let your foot be seldom in your neighbor's house, lest he be weary of you, and hate you." -- Proverbs 25:17 In the New Living Translation it says, "Don't visit your neighbor too often, or you will wear out your welcome." 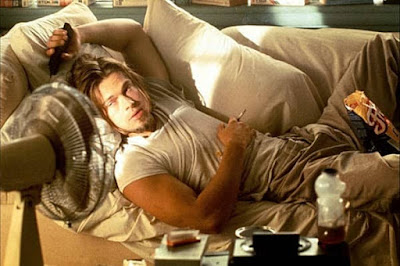 I remember my dad's friend was going through a divorce and he was staying with us for a while. One week turned into a month, that turned into three months and so on. My father didn't mind at all, but my mother was getting a little itchy, because he would always be in the house either watching TV or lying out on the hammock, because he couldn't find work at the time. But it didn't look like he was searching either. He would eat dinner with us every night, as well as whatever he needed during the day, but without contributing anything back. He could've done some work on the house since he seemed to be handy, but rarely lifted a finger. We would run past him quickly because if you didn't, you'd be bombarded with a sad sob story that would never seem to end. We felt bad at first, but it became more of a "what the heck is happening" kind of situation. It wouldn't have been so bad if he was working on the house or doing something to compensate for a place to stay with plenty to eat.

"For even when we were with you, we would give you this command: If anyone is not willing to work, let him not eat. For we hear that some among you walk in idleness, not busy at work, but busybodies. Now such persons we command and encourage in the Lord Jesus Christ to do their work quietly and to earn their own living." 2 Thessalonians 3:10-12 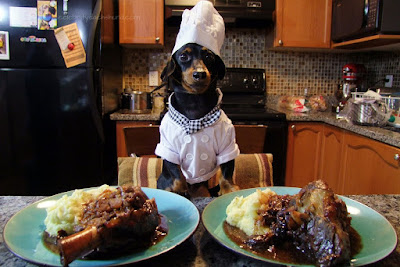 Working doesn't require an office and desk, a backhoe or a hammer and nails. Work is what you give back for what you get. Some people work just for room and board. Even if you work from home as an entrepreneur, a stay at home mom (which is the toughest job) or even a housewife -- there is work to be done. I've never understood the desire to just sit and rot on a sofa watching endless amounts of mindless TV. If you're in a relationship or marriage, and your spouse is the one who gets out into the world to work 8-10 hours a day -- the other person should keep the house and make sure there's some sort of dinner prepared for them. That's just my old fashioned views on life. Even though I work from home, since I have more of a flexibility with my schedule than my partner does, I cook for her all the time to show my appreciation. You don't have to have a high profile career or make a huge amount of money to be relevant. You just have to give back from time to time, otherwise it wears on those who are giving.