I'm OK With It 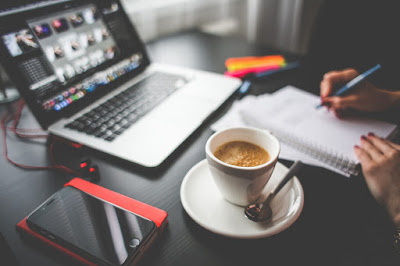 Sometimes it's hard to just write one word no less an entire article, so instead I'll just do a live stream and have that be my "blog post." Fortunately, I love to cook so I won't bore the heck outta people, well we can only hope. My schedule as I've yapped about before has been quite the rollercoaster. I'm awake until 6am. It used to 3am (no big deal) or even 4 or 5am. I decided to do most of my work at night now. I don't mind working at night, but I truly wish I was more of a day person like I used to be. Now, my body tires out when the birds are chirping outside. If I am not running around like a chicken with its head cut off, then my mind will do it instead. I constantly need to be busy, either cleaning like a lunatic or cooking for an army...of three, at most. Leftovers, right? My insomnia stems from anxiety. Someone asked me the other day if I was depressed. I'm not. I am incredibly grateful for every single thing, every single person and opportunity that has come into my life. Do I get sad when I hear my mom's in excruciating pain? Yes. It makes me cry. Do I get sad about still thinking about my dad here 'n there? Sure. I'll cry -- but it's healthy to get that all out. But it doesn't mean that I'm depressed.

"Well, maybe you're putting on a good face." 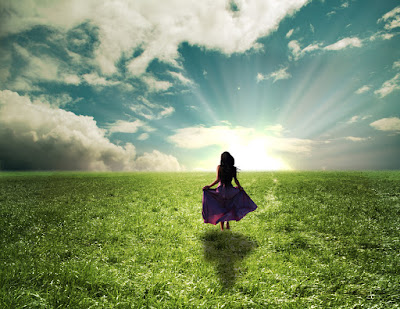 I will give you my honest face, but I will also give you my inner most hopeful face. I believe that in this fallen world, there needs to be a light that beams through the darkness. (Too deep?) Ok, there needs to be a little more lightheartedness, and less focus on the negative aspects of life, like politics and people fighting so viciously over it. Sometimes it's difficult to be lighthearted once you hear bad news. That's just being human. But what if there was a way, that even at our lowest point in our lives, that we can have a subtle, yet strong sense of peace within us? See, that's what God does for me. We have to go through all of these annoying and painful seasons in order to appreciate when there is a restful period. Do we take those restful periods for granted? 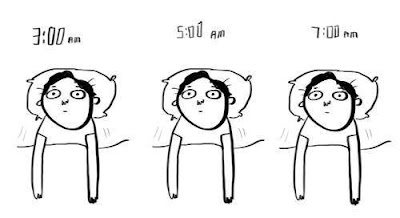 Last night (or early morning) at around 4:30 am, my wife woke up and looked over at me sitting on the edge of my bed holding my head. My heart was pounding and my anxiety was at its highest level -- thought my heart was gonna just blow up. When this happens, my entire face, mostly on the left, becomes completely numb, as if there was no feeling on it. I used to get scared about this, until a doctor told me that this was a common symptom of anxiety. I'll either splash some water onto my face, or I'll take an Advil which for whatever reason, helps it. Madelene said, "Why don't you go in the other room and read your bible, Deb?" Usually, in my state of panic, I don't become so agreeable, and I'll chuck it up that I'm too anxious, but this time, I actually walked out of the bedroom and sat in the living room, lit a candle and read my bible.

I could not believe all that it pointed out to me which I am going to share with you, because I think it's important for others to read when they're going through something so stressful.

So here's what I read below. It's a segment inside my bible that gives you scriptures about whatever topic you need. But I wasn't searching for this. I just opened it up -- and voila, it was staring me right in the face. I hope this may help someone reading this.

Does suffering mean God doesn't care about me?

Psalm 22:24 He has not ignored the suffering of the needy. He has not turned and walked away. He has listened to their cries for help.
Suffering is not a sign of God's absence; it is a fact of life in this fallen world. God is still with us in the midst of life's struggles. He may not remove them from us, but he does promise to help us get through them.

Psalm 56:8-9 You keep track of all my sorrows. You have collected all my tears in your bottle. You have recorded each one in your book. On the very day I call to you for help, my enemies will retreat. This I know: God is on my side.
God's care is such that not even a single tear goes unnoticed. He knows our every pain and will one day lead us to victory.

As of late, especially within the last year or so, I have kept in constant communication with Him more so than I ever have. I'm starting to 'get it' -- although there is so much I still have yet to learn. I now understand that there is a spiritual warfare going on, but many people either don't take it seriously, don't believe in that sort of stuff, or just mark it off as "fairytale-ish" and crazy. I used to blow it off as only those possessed by demons, like the Linda Blair kind. Have you ever heard of somebody is dealing with their demons? It's quite literal, although most people don't even use the word as literal. Perhaps they mean "issues" and "problems" in life. But it is very real. In fact, after the other night, I will never chuck it up to something that's nonexistent, because that's what the devil wants you to think. He also wants you to think that he doesn't exist, so you won't fear him so much or do things that are bad for your spirit.

God would never put the spirit of fear in you. That's what anxiety disorder really is. Is it a disorder, or is it a spiritual attack? God will never put the spirit of anger, jealousy or bitterness in you. He also won't place the spirit of depression over you. These are all negative emotions that the devil gives to you in order to make your world look way too cloudy to even come to God. It's more or less, a distraction. But realizing what it is in the midst of the suffering is absolutely crucial, so that you can be prayed upon, and also ask God for help. I stopped resisting the anxiety, the insomnia, the fear -- I started to replace it with courage and bust through it. My communication with God became stronger, more intimate and fulfilling. Well guess who doesn't like that? 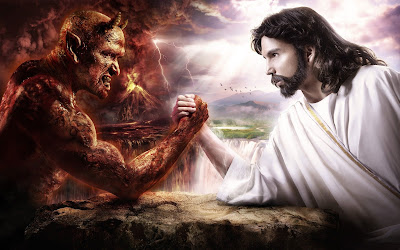 What happened to me the other night is something I was hesitant to tell ANYONE. I mean, it just sounds completely crazy. But I have to tell it only because someone out there may have gone through this, and my story may make them feel a little less crazy. Who knows. But as I was flipping through the channels watching mindless TV around 3am, I clicked on Keeping Up With the Kardashians. Eh, this should bore me to sleep, so I thought. They switched the scene over to Bruce Jenner (this is before the transition) and he was being interviewed briefly on some drama going on. As he was sitting in his captain chair, the picture completely froze. It remained still for about ten seconds. Then, as everything else was still, his face came alive, and his eyes became watery, red, and focused on what it appeared to be on me. The face kept coming toward my screen, but this time, appearing as a demon! Something inside me rose up, not afraid, not timid toward this thing, and at that moment, my body jolted (as if some force inside me zapped him with something) and my cable and TV shut off at the same time with a loud popping noise. It wouldn't come back on for a good 30 minutes or so. I thought it completely knocked out my TV set. I knew right then, and by the way I felt (very light) -- that the Holy Spirit fought my demon. I know that sounds strange, but it happened! Funny that Bruce Jenner would be the "demon" to taunt me, but I guess they come through many sources. 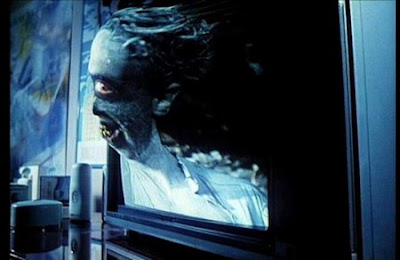 Of course I had to look up if this happened to anybody else, and I got a slew of videos and articles about Bruce Jenner being possessed by demons. (Or were they just taunting Caitlyn for being trans?) One can only imagine. But they have seen the eyes of Bruce and saw something strange. I don't know what to tell you -- but my story is legit because Madelene woke up instantly once she heard the popping sound of my TV going off along with the cable. Afterwards, I slept like a baby. I felt like God fought whatever was attacking me that night and I was left in a long deep slumber. Something happened. I don't know what it was, but all I can say is, thank GOD. 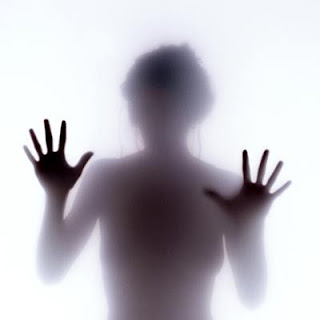 I realize that this part of my article will make me look a little crazy, but I don't care. This is something that I need to speak about. This is my testimony and my own valid proof that demons are real. Demons can attack you in ways that are so seemingly normal, like phobias, anxiety, depression, "disorders" and addictions. They come in forms of everyday life problems. It may come in a subtle way, or it may come on full steam ahead -- but try to overcome these 'spirits' with courage. Pray to God and trust in Him. He will fight for you. Fear never goes away, unless it is handled with courage. The courage will fight off the fear. And then, you'll no longer fear whatever it was you were scared of. It's really hard, but it's possible. For me, I have to stay close to God, live by the Word and focus on all of the things that I am blessed with. I have a gratitude list that I do every morning. It keeps your mind from focusing in on the negative aspects. Sometimes, we think that our life is so horrible due to ONE negative problem occurring, which will make you become oblivious to the many blessings you have right in front of you. Only one problem can erase all the good that you're missing out on. Focus on the good. While praying, God taught me something valuable. Learn to say while things are going really bad, "I'm OK with it." When you do this, you crush a demon.

This not only means that you are strong enough to endure this challenge, but you are also relying on God to handle your problems for you. Give your cares to God with thanksgiving. This is just one of my many testimonies, and I'm sure that there will be much more to come. And you know what?

For more of Deb's articles, please visit: www.debrapasquella.com or join her on Facebook and Twitter. Check out her cooking blog for some of her famous recipes!
anger anxiety christ Christianity demons depression fear God Jesus love spiritual warfare spirituality