Is It Sinful to Love Another Sinner? 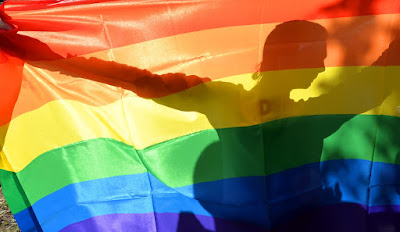 We will never win any argument, nor will we win any case or issue that needs to be resolved if our opinions are not absolute "truths". We'll fight till the bloody end. Isn't that how it is with religion? "My god is better than your god" type of thinking as well as, "Your sin is worse than mine," and on and on it goes. Opinions, beliefs and faith in religion(s) are all non-factual magnetized views that creates an upheaval within society. You can just log onto Facebook and see what I mean. People are now posting about their views -- whether or not they're pro-gun or anti-gun. Gun control is a very passionate topic to discuss, especially with your friends and family no less. But every time we have a mass shooting, this topic seems to rear its ugly head. Friends de-friend and relatives dish it out on the holidays while trying to enjoy dinner. It. never. ends. 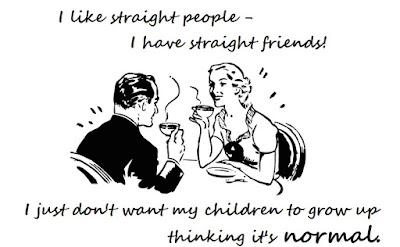 This morning, I had a woman hop onto my live broadcast who told me that being gay isn't in my best interest because I would ruin society due to not being able to procreate. I happened to mention that I had also recently just gotten a hysterectomy, so there's THAT. And since the world is basically way overpopulated anyway, I don't believe that God made every single person to have kids. I also stated that there are many heterosexual couples who cannot procreate. Should they divorce? Is that the only reason we are here? She then said, "Well what if you and ten other gays and lesbians were on a deserted island? You would all die out." Yes, probably. But shouldn't her focus be on the kingdom of heaven if she is a Christian? The earth will soon die out. So what's her point? In the same breath, I would also get creative and ask one of the gay men to "donate" their seed if we did choose to procreate. Problem solved. Isn't that what we're doing now? Artificial insemination as well as the beauty of adopting a child who needs a home? Too many kids are in foster care. Let's focus on that situation alone. 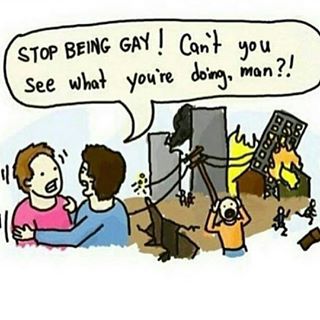 Why does my marriage affect other people's lives? "It ruins society."  Really? What ruins society is ignorance. Ignorance creates a sense of hatred towards those who are different. Parents who teach their children that being gay, lesbian or transgender is wrong and that they'll go to hell for it -- that alone ruins society because whether you know this or not -- this creates bullies. Your children will bully other children who are "doomed to hell" by the parents. Teach your children and they'll run with it most of the time. Hopefully not, but usually and sadly the case. The same lady who said I was ruining society also said that if her daughter was gay, she would not allow her partner to walk into her house. OK, that's her choice. But think about this: she will never have a strong bond with her daughter because she rejected the one person she loves. Jesus accepted everyone and showed compassionate and unconditional love. Many Christians fail to follow in Jesus' footsteps and to love one another unconditionally.

Is it a sinful to love another sinner?

Didn't Jesus love His sinners? He did so much that He gave up His only life. So I'd venture to say, YES.

Anyway, this is my first post in about three weeks. I'm still recovering from surgery, but doing really well. I had a few complications that sent me right back into the hospital that are now resolved thankfully. So today is my first day back working and I am thrilled to live a new life with less pain. I just want to thank all of you who have supported me and checked up on me while I was convalescing. It's going to be a new and different journey for me and I'm so looking forward to living my life with less fear. Please make sure that if you are on Twitter, to follow me if you can. Because if I don't blog one day, I am now broadcasting live on Periscope. So just click here and I will see you on the dark side!