- December 10, 2015
Months, even weeks ago I stated many times that I was so sick and tired of politics that I would actually vote for Trump just for the entertainment itself. He's a showman, an attention grabber, as well as a sideshow circus. Why not? Every other president before him seemed to have taken on the "class clown" status in their own quirky and corrupt way. But this is a bit different. Again, I will state that I am not a liberal or a conservative. I have views that land both in the left and right field of politics. I also usually never dabble in politics, especially on Facebook. I guess blogging is different. So my opinions will flow freely on this forum. 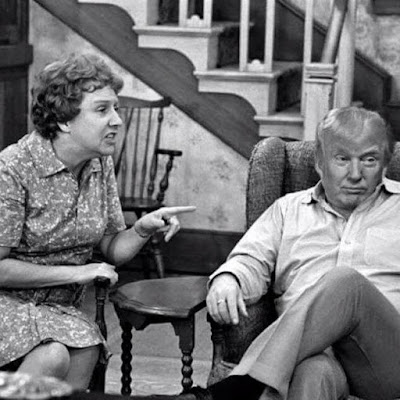 Why is Trump taking this to a whole new level? Is it because people wouldn't vote for him unless he has pushed the envelope? He seems to cater to the older generation. Most senior citizens love him because he has an old fashioned "Archie Bunker" approach on politics. They're familiar with that. They're not comfortable with how progressive the U.S. has gotten in the past few years. We're all angry over what's going on in the world. We're also frightened over the level of terrorism that has taken place. We want something done, but not risking the lives or safety of innocent people. I totally believe that Trump has fired up a new and higher level of bigotry. He feeds you with what extremists are doing, and then some people will react making everyone in that particular group guilty of every crime committed by one of the bad eggs. It's really not fair, especially to Sarker Haque who owns Fatima Food Mart over on 21st Avenue in Astoria, Queens. 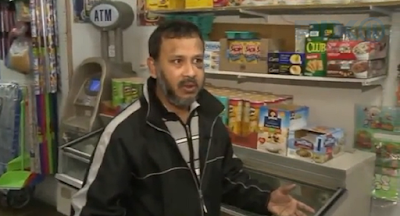 "He punched me here," store owner Sarker Haque said, rubbing the back of his neck, and pointing to an ice cream cooler. "I fell down here," he said. "I say, 'What the hell you doing? What's wrong with you?' The attacker said, 'I kill Muslims.'" Police identified the attacker as Piro Kolvani, who investigators said pummeled Haque repeatedly. "He punched me as much as he can with his left hand," Haque said, choking back tears as he pointed to the arm he'd dislocated last winter that got inflamed again in Saturday's beating. "He grabbed me here. Then he punched me here," Haque said while pointing to his face.
The daylight attacks on Mister Haque was the latest of recent attacks on Muslims and the Muslim community in New York and the Northeast. On Sunday, somebody threw a pig's head against the wall of a mosque in Philadelphia, a blatant attack against a religion that considers pork unfit for proper consumption. Also at P.S. 89, an elementary school in the Allerton section of the Bronx, authorities are monitoring an incident from last month, where sixth-graders tried to remove a girl's hijab, or her head covering, and said she was in ISIS.
"It's again this ignorance," Sadiya Khalique, director of the New York chapter of the Council on American-Islamic Relations, or CAIR, said. She and Haque, however, pointed out another side of the increase in attacks.
"A person came by," Haque said about how the violent episode he was involved in concluded. "He knows me." One of Haque's loyal customers could hear the commotion and Haque's cries for help. "I'm bleeding this time," the store owner said, "so he took hold of him." The customer, a Latino man, who asked Haque to not identify him, intervened and held down Kolvani until police came. Another passerby called 911. Neither of the Good Samaritans are Muslim. "It doesn't matter what color or nationality you are," Haque said. "We are in America. Everybody came from somewhere."---read more here. 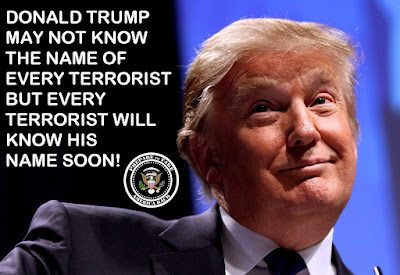 Donald -- you small-minded piece of crap -- how can you stir up more hatred than we already have? I'm not sure why, but you have this huge -- if not the biggest goddamn platform and you choose to use it for hatred? To me, you're the biggest terrorist in the U.S. right now. People, especially Muslims are terrified for their lives. And if any of you say "rightfully so", then you're probably one of the uneducated right wing majority who doesn't look up facts, but looks at only the crimes of a few to place the blame on all. That's called ignorance. That's also called terrorism because you are attacking innocent people for other people's crimes. You don't even know the difference between them because you don't want to. Your own hatred and bigotry blinds you into believing that ALL Muslims kill. All Mexicans are drug dealers and rapists. And maybe, all gays and lesbians spread AIDS. It can trickle into further details of politics and society and I'm sure you won't just stop at the Mexicans and Muslims.

This is not what America stands for. We all came from somewhere or have relatives and ancestors who are from another country. The religion of Islam is beautiful, just like Christianity is. It's sad when some of their followers take a twisted route into using their religion in order to hate and kill. Haven't we seen extremists in all religions? Look at the KKK -- they're Christians. Look at the Westboro Baptist Church -- they seem to call themselves Christians as well. 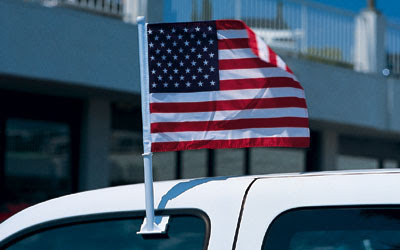 I'll never forget days following 9-11. I was driving to work and needed gas. Almost every single car had an American flag on their antennas or on the back of their bumpers to help unite us as a country again. We came together showing love and compassion for one another. But some people used it to signify their anger towards the Muslim community -- blaming all Muslims for what took place that dreaded day. There were a few hate crimes that took place days after 9-11 which scared the entire community as well as NYC. As I was waiting for the gentleman to fill up my tank who appeared to be Pakistani, I noticed that he looked terrified seeing that I had an American flag on my car. When he went to give me my receipt, I gently grabbed his hand and gave him quite a large tip and then said, "I'm sorry that people are so mean. Not all of them are..."  He actually started crying and then said thank you about a hundred times. He said every car that comes up seems to have a new surprise for him -- a new racist and bigoted remark, and now, a kind gesture and an apology on behalf of all the ignorant Americans who are terrorizing innocent people. He said that the owner was actually going to shut down the gas station due to the fear of being targeted by hateful and mostly, fearful people attacking them every single day. They hung in there though and things seemingly got better.

Fear makes us do strange things. Trump is good at using fear in order to use it for his advantage. It's fear that stirs up all hate crimes. Do you think Trump is going to solve all our problems by "banning all Muslims"? It'll actually do the opposite. It'll stir up a huge holy war, with the possibility of all of the innocent Muslims backing them up as well. Do we really want to make more enemies? Stop placing the blame on a particular group as a whole and start realizing that not all religions are evil -- not all people are evil -- and not all presidential candidates have our best interest in mind.

"Let's make American great again" -- let's just drive people to fear and make American Muslims feel different than anyone else in the U.S., just as Hitler did with the Jews. Good tactic, Donald. 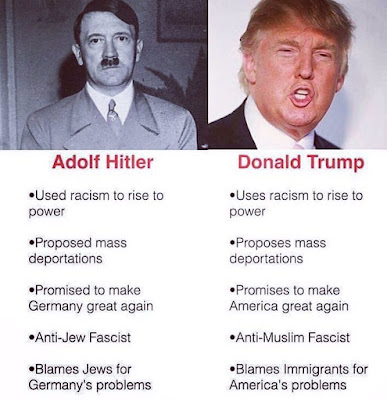 For more of Deb's articles, please visit: www.debrapasquella.com or join her on Facebook and Twitter. Check out her cooking blog for some of her famous recipes!
Christianity Donald Trump ISIS love one another Muslims peace terrorism