The Seasons of Life 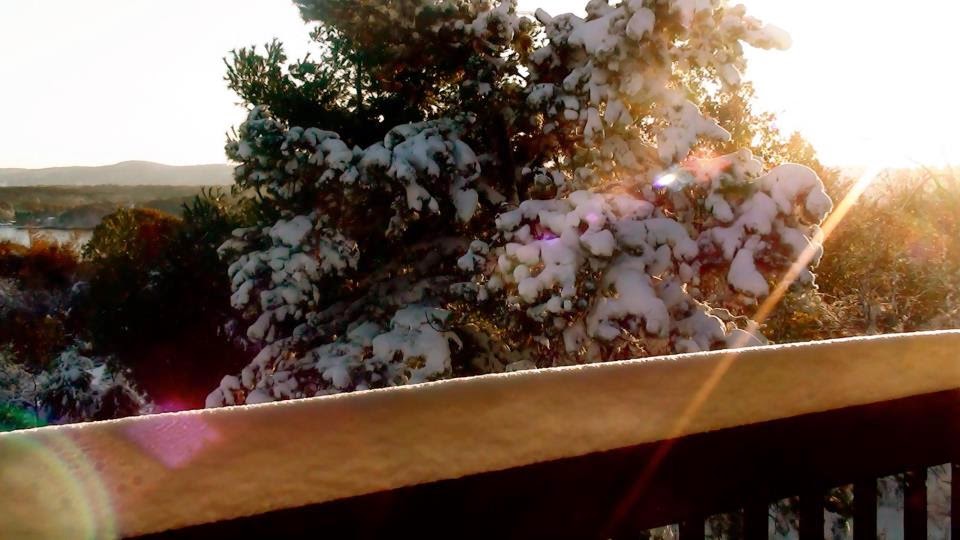 This morning, I woke up to snow, once again. It was coming down fairly hard. I grabbed my phone to check Facebook, because I have a whole lotta' soccer moms posting about all of their school closings and delays -- this meaning to me, that my Mt. Kilimanjaro of a hill that I live on top of would soon imprison me once again. I grabbed my cup of coffee and headed into my studio to look at the snow, unwind and check my email before work. Everything under the sun tried to distract me, from phone calls that couldn't wait to my little dog just wanting to jump up and snuggle on me. I instantly just dropped everything and picked up my dog instead. I grabbed a blanket, covered her up as we watched the snow together. Soon enough, the sun started to shine even while it was snowing. I felt this incredible sense of peace -- as though this was the right choice -- just to drop everything and enjoy the present time. Besides, when would I ever get to see a "sun snow shower" again?  Soon enough, the seasons will change and I'll soon be hearing the sounds of birds, crickets and tree frogs. But there is definitely something beautiful about that strange silence when it's snowing. Nothing moves. Everything seems to stand still. All of the wildlife disappears without even small traces of footprints as evidence. And if you see a black bear while the snow is still on the ground, you better run fast. No way am I playing dead to a starving mama and her cubs. 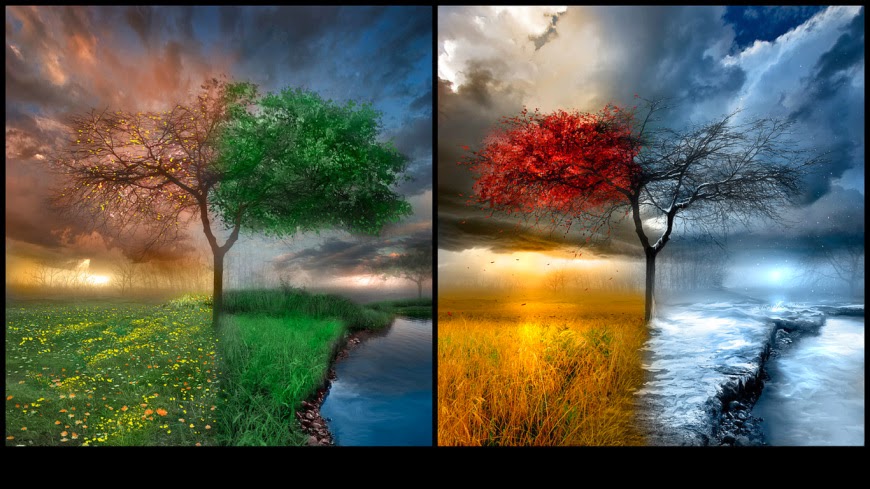 I truly believe seasons are a reflection of our ever-changing existence. During this month back in 2012, I remember practically living in the hospital while visiting my dad when he had his battle with cancer. It was a very busy time driving back and forth, all the while trying to take care of ourselves in the process. It was even more challenging when they sent him back home. At any given time, my phone would ring, sometimes even in the middle of the night. "Dad needs an ambulance!" He would get sepsis infections every other week. It was getting much more frequent as his cancer progressed. At that point, I always left a pair of jeans, shoes and a set of keys right next to my nightstand, all prepped 'just in case' I needed to shuffle back up to the ER. It was never a dull moment. I needed something -- something to hug -- something to love. When I rescued Lola in May of 2012, she rescued me each and every time I came home from the hospital. I'd sit out on my deck overlooking the mountains, have a glass of wine and cry my eyes out while hugging her. And even though I was going through that "awful season" -- I was surrounded by all this beauty and feeling the unconditional love from my pup. It buffered a lot of my tension and sadness. I truly believe that God gives us those little "buffers" to bear those hard times in our life. 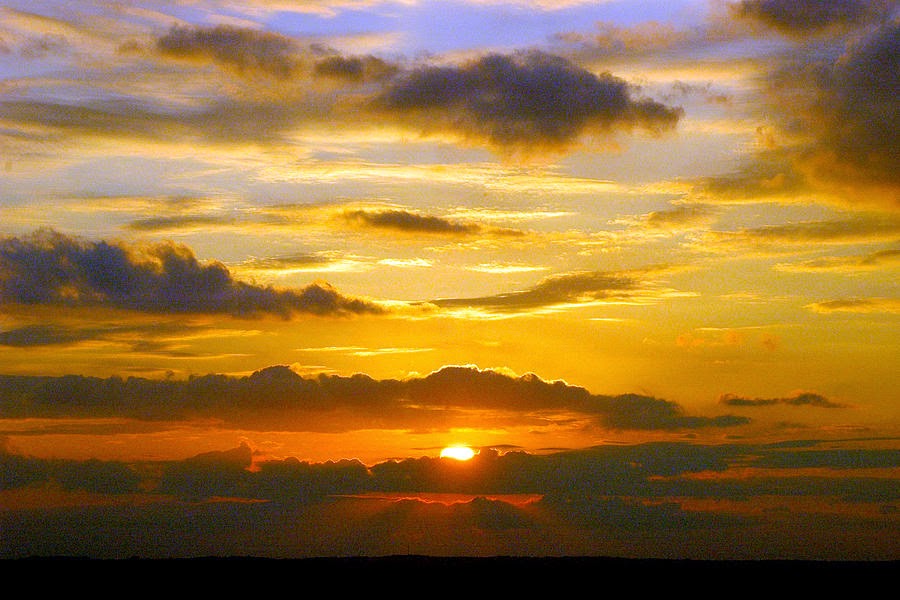 And then there was pure silence in July of 2012. That strange combination of sadness and peace struck once again. Dad had lost his fight with cancer even though he held on as much as he could. The struggle was not only killing him, it was killing all of us watching him suffer so terribly. We were even concerned about our mother's wellbeing since she wasn't taking good care of herself while being the main caretaker.  She didn't want a stranger doing it and that was that. She rejected hospice's offers to help all the time. I don't know how she did it. We were getting nervous wondering if she would even make it through this bad season. The "silence" back in July of 2012 was a very solemn and peaceful time for the family. We went into what seemed like a 'resting mode' -- where we just didn't say much and took a break for the rest of the summer. Strange, because Dad had the loudest voice in the family -- you could hear him a mile away. Now, the silence was almost deafening. It was strange. It was our "new normal" and we had to adjust to this new season.

I'm beginning to realize that it's not as bad as it seems sometimes. Like, having cabin fever and bitching and moaning over it, when I should be grateful for having my family, my home, my work and even my silence. You never know what's right around the corner with each season. Even though spring may seem much better than being snowbound in the midst of a bitterly cold February, there may be a a season of chaos with that alluring springtime sunshine. So, I am choosing to enjoy this beautiful silence of winter as it's combined with the love and tranquility along with a sprinkle of anticipation of the upcoming season.