Dying To Be Free 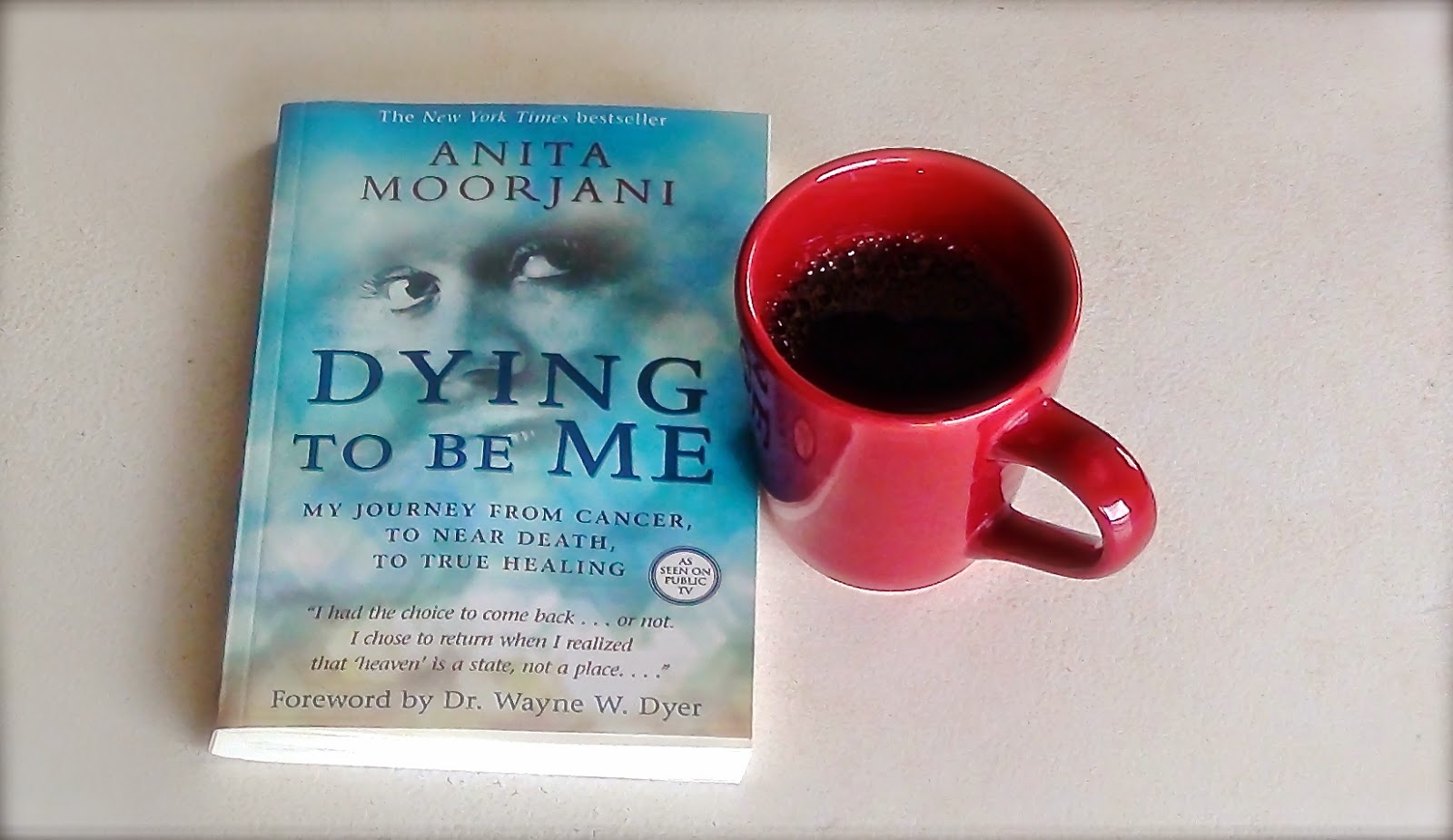 Working from home sometimes takes its toll. Most of the time, I am very busy or just very content being at home. I'd rather make my own dinner, drink my own wine and be in the comforts of my own dwelling. Don't get me wrong, we go out quite often, but not when the forecast constantly calls for snow and ice storms.  If I'm not working, I have a million hobbies, ranging from art, music and of course, reading books from different authors and genres. Since I was getting a bit frazzled by all the snow and ice that left us homebound for quite a spell, my sister Dawn suggested that I should purchase, Dying To Be Me by Anita Moorjani. I'm old fashioned -- I need to feel the pages and not bother with the migraines of staring into a tablet. Anyway, it's a story of a woman who battled with cancer and eventually, experienced a near death experience, (NDE). Dawn and I were discussing our continuous grieving process after our father had lost his battle with cancer, and how it changed from day to day. And sometimes when we don't realize that some of our actions can be part of our grieving process, it can leave us with anxiety and fear. So, when I got Anita Moorjani's book, I was hoping for a miracle. I needed something else to believe in -- something that someone experienced instead of believed. Perhaps my faith needs a little energizing. 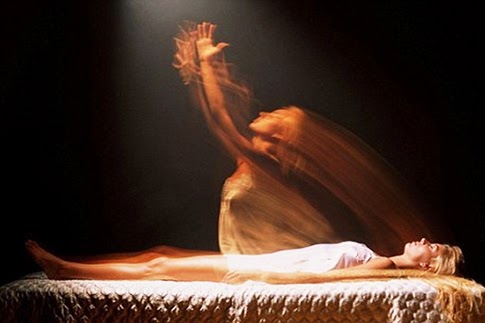 This is on the front cover of the book. With trying to keep in mind that this is HER experience -- not mine -- it sort of downgraded my own beliefs as a Christian. And when I say "Christian" -- I sincerely mean a "relationship with God".  See, what Anita describes is a bit different than what I believe, to what I've learned all of these years. It sort of threw me for a loop when she described all of us "as one" -- which is a nice thought -- but but but...?


"There are many rooms in my Father's home, and I am going to prepare a place for you. If this were not so, I would tell you plainly." John 14:12 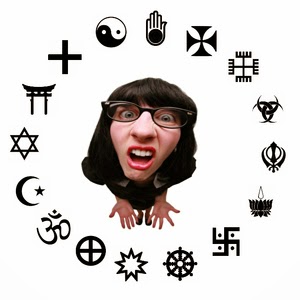 This is what Jesus said in the Bible. If He is going to prepare a place for me, and on top of that, promise me that it was not a lie -- then how are we "all one" with different rooms? When Anita was experiencing her NDE, she explained how she could see all of her loved ones around her physical body. She even heard her husband talking to the doctor 40 feet away down the corridor of the hospital. She saw her brother on a flight rushing to come see her before she took her last breath. She even saw her deceased father, spoke to him and even felt a "oneness" with everyone on earth and beyond.

There were no gods though. Her experience sounded like the beliefs of Catholicism when they speak of a purgatory -- kind of a place to 'get it right' or a place to reconcile your wrongs. There are no gods or anything 'spectacular' other than you're not in the heavy weight of your carnal body. So my question is: did she enter the first realm of the 5th dimension -- or was this some sort of purgatory, perhaps awaiting another life?  Her father gave her a choice to either stay in this 'state' of 'heaven' or go back to her physical body and return to life. Shouldn't God be the one to give her that option? But which god? She hesitantly chose life, but in a whole different aspect where she didn't fear anything at all once she returned. So, she lived without the "worst case scenario" and the "what ifs" -- she LIVED her life as we're supposed to live it. 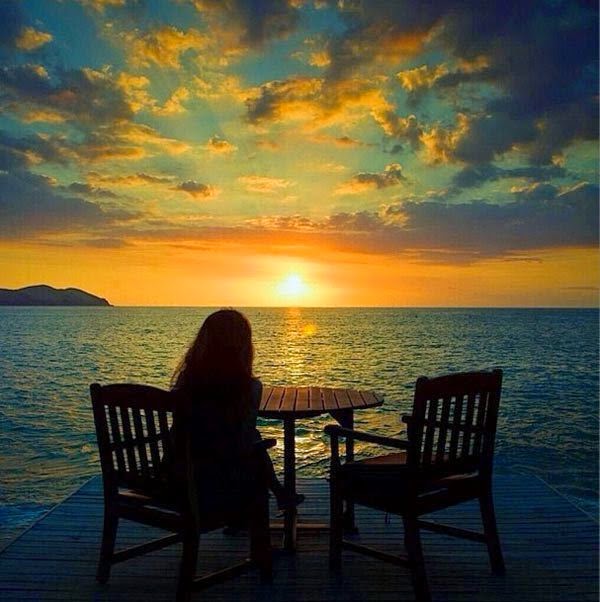 I don't want to quote some of her book, in fear that I may give too much away, but I will say this: I feel a sense of relief and appreciation for what I have and for the moment I'm living right now. With my anxiety disorder and depression that all stems from a great fear of EVERYTHING -- I sort of go back to the words of her book, and the thereafter of her return and remember what she said and how she lived her life without fear. She did more things, took more risks and rose above all her fears, especially the fear of judgment of others. She lived her life the way she wanted to -- not the way people wanted her to.

With that being said, I also found some things disturbing, to which I addressed to Anita. I addressed my concerns to her about her empathy toward terrorists. She told me in a beautiful long letter she had taken the time out to write me, that she doesn't condone the act of terrorism or the hurt or pain of other living things, which is why we have prisons here. She said that through her experience on the other side, everyone's struggles and pain are understood. I said, maybe that's why the Amish forgive so readily -- a deeper level of forgiveness. But how can someone from ISIS go around decapitating people and yet have the same right as good-hearted souls and be in the same place? Maybe it's like fish trying to comprehend algebra. Maybe we just don't 'get it' here.  I always give the analogy of Jesus, Buddha and Allah sitting up on some cloud laughing and saying, "Ugh wow, you guys have it all wrong!" 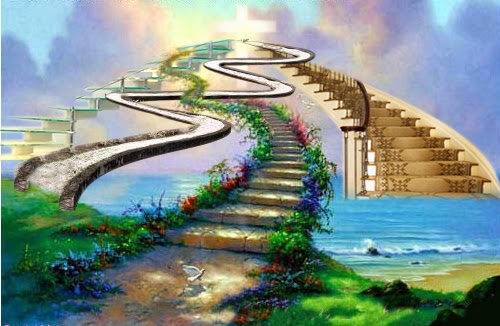 One of my greatest fears is being lied to. I think it has to do more with the disappointment of holding onto an idea, dream or some sort of hope that there is something better around the corner. I guess everyone has been lied to if you think about it. Many of us believed in Santa Claus, the Easter Bunny and the Tooth Fairy. Adults did that so we would have fun and find life interesting. They watched us get excited in hopes of seeing all of our little made up 'friends'. Of course, it's kind of like religion. "If you're bad, Santa won't come!" Isn't that kinda like Christianity? If we're bad, we won't get to see God. So, we try so hard to be good here on earth and be the "good little girl or boy" that Santa, or in this case, God wants us to be so we can receive our "gifts".  What if a child refused "Santa Claus" and chose "Hanukah"? And yet, they still receive all their "gifts". So, by choosing a different path, do we still get to see the good things in the afterlife?

I guess this is the first book to not only frustrate me and challenge my beliefs, but it's the first book to make me realize that maybe different paths all lead to the same place. But that fear...that fear...the "what if" I am wrong? So thank you, Anita for not only challenging my own beliefs, but for giving me more peace of mind. I guess I'm just dying to be free from my own fears.

For more of Deb's articles, please visit: www.debrapasquella.com or join her on Facebook and Twitter. Check out her cooking blog for some of her famous recipes!
at February 10, 2015