A Giant Leap of Faith 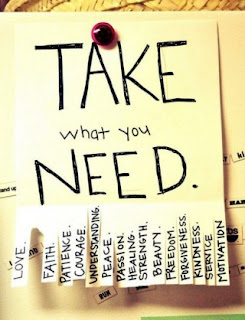 It’s hard for some people to show their faith in God. Some feel it’s a sign of weakness or that they’ll think others will assume they’ve gone mad, especially those who truly believe in God, but are ashamed to show it -- even to God Himself. These past few weeks have been especially difficult for my dad. He’s lost all hope. His demeanor went from somewhat hopeful to doom & gloom from to his pain, fatigue and constant battle with his illness. My mom keeps saying, “Pray to God”, but the emptiness in his eyes glazes over her suggestion and his head goes back down, staring at the floor again. He’s also been battling with his faith in God. He asked, “How can God do this to me?” Yesterday while he was pacing back and forth with anxiety, my mother said, “Go inside your room and pray!” And to my surprise, he said, “I’m gonna try, Ro...I’m really gonna try.” About an hour later, he came outside where we were sitting and my mother asked, “Did you pray?” He put his head down and then said, “No... I just can’t do it.” I understood it so well because I was once there. For the longest time, you “label” yourself a “Catholic Italian”, as most are, and then when it comes to actual faith, or the courage to face your faith --- it brings it to a whole new level. Instead of just knowing that you have a beautiful vegetable garden in your backyard, you actually have to take action (plant the seeds & water your garden) in order for it (your faith) to grow and produce fruit. 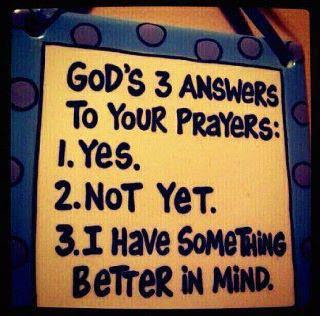 My mom says he’s forgotten some prayers he used to know, and maybe he just can’t remember them all. I told her many times, it’s not about all the prayers you say a million times in church like a robot, but it’s the heart that goes into just talking to God - as if He were right there with you - as He is. I reminded her of a scripture that helped me during a time where I struggled with my own faith. In Matthew 6:7 it says, "When you pray, don't babble on and on as people of other religions do. They think their prayers are answered merely by repeating their words again and again.” It’s not a bad thing to repeat a prayer that you’ve taken a liking too, such as the serenity prayer, but it’s important to have ‘heart’ in it, not to just say it so you’ll hope God thinks you have faith. I told mom all he has to do is just talk to God as if He was one of his buddies. Just say what’s on your mind --- that’s it. In Matthew 6:6 is says, “But when you pray, go away by yourself, shut the door behind you, and pray to your Father in private. Then your Father, who sees everything, will reward you.” Your relationship with God doesn’t have to be out in the open and public. If you want a private relationship with God -- then do so. There is a portion in the Bible that states that if you are ashamed of God, that He will be ashamed of you, but that’s more on the lines of admitting your faith in God and denying that He exists. That’s different. 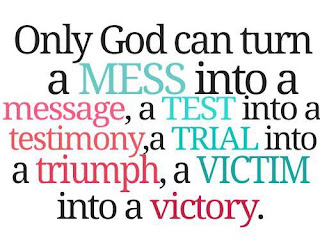 Madelene and her mom desperately want to pray over my father. James 5:14 says, “Is anyone among you sick? He should call for the elders of the church, and they should pray for him and anoint him with oil in the name of the Lord.” For most people with mediocre faith will feel funny about this. I used to feel really weird when Madelene would want to lay hands on me and pray for whatever was ailing me, but each time she did so, whatever it was that took a hold on me vanished. In fact last night was a test of my own faith, which hopefully will make my father feel better since he knows I’ve been whining about my tinnitus symptoms from my Meniere’s disease. All day and all night I hear a loud, low pitched hum - like a light saber being swung near my right ear. Sometimes, I can’t even focus on what someone is trying to tell me it’s so loud. It literally can drive someone crazy. Last night, Madelene noticed that it had taken a toll on me and saw that I was really down because of it. My head was pulsating and all I wanted to do was sleep. She decided to lay hands over my right ear and pray over me. I went right to sleep and when I woke up, the first thing I noticed .......was silence. Strange someone notices “silence” - but it was certainly a test of my own faith. I told my mother about what she had done and how it worked, and my father is willing to have this done to him now. I know my little Meniere’s doesn’t compare to “the big C”, but it does give some sort of reassurance that God can handle anything, big or small. I also believe in the power of prayer, especially for people outside our home who are willing to take a few moments aside and just pray for his hope and faith to come back. Of course, it would be wonderful to see him live another ten years or so, but I trust in God’s will more than my own humanly desires. Whatever will be will be, but the most important of all is his faith in God and the ability to live the rest of his days happy, full of hope and full of faith.
For more of Deb's articles, please visit: www.debrapasquella.com
at March 21, 2012