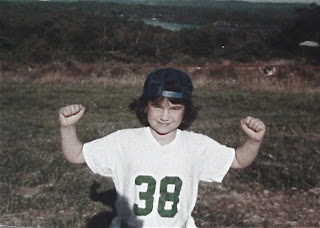 (The photo above is me around the age of 7.)
“Why can’t I be ‘me’?” I always heard these words in my own mind while growing up. And at times, I even heard, “Why can’t I be him?” A close friend of mine yesterday, Marlo Bernier, a wonderful filmmaker explained to me that she used to ask herself if wanting to be another gender was ‘coveting’ - although she knew better. It was just a rhetorical question that mimicked what some may have suggested due to religious standpoints. She knew who she was even when she was physically a ‘he’. Today seems to be much different. There are many more options available and a slight bit more acceptance, however you’d be quite surprised how 2010 isn’t much of a progression; it’s only by means of available hormones and surgical procedures that makes this manageable on some levels, both emotionally and physically. I can relate to praying at night, wishing I’d wake up a boy...with boy parts. I wanted to be a straight kid - a straight boy into a straight man. I didn’t want to be a lesbian. I wanted to be what all the straight girls wanted: a boy that looked like a boy. I wore boy clothes, had short hair and everything in my life was male-oriented from motorcycles to boy games, toys and such. Hell if I was gonna wear a dress. My mom was okay with that. She brought me into boys’ clothing stores and said, “Pick out what you want”, then proceeded to explain to the store owner how I was just going through a phase. 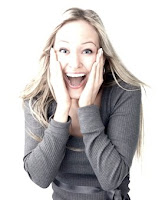 My first slap of reality was at the age of thirteen. I had a terrible crush on my friend who lived nearby. Before my first day of middle school, she did my hair and suggested for me to try wearing dresses. She warned me that I would be mocked for looking like a boy. I was so gaga over her that I did. just. that. The first day of school, I walked over to the bus stop like a first time drag queen, tripping over my pumps and shifting my skirt, while she stood there staring at me in awe. I remember her words clearly: “Oh...muy...GAWD! I never thought I’d see the day. You look beautiful, Deb!” It hit me like a on of bricks. "I look beautiful?" This is what women like? I thought they liked how boys looked. (Even though she was complimenting on a friendly basis, my mind took it to another level.) I thought, if she liked me like ‘this’, I’m going to look like this forever. And so, I became a feminine lesbian. My sexual orientation never changed, although I had to go through some pseudo hetero relationships to make people believe I was “normal” - I was ‘me’ all along, still wishing I was the boy who was dating the friend who called me "beautiful". On many levels I went through emotional torture because I knew I had to keep this all to myself - a big secret that I would probably carry along with me for the rest of my life. Faking it was extremely hard. There were many nights my pillow was sopping wet from my tears. 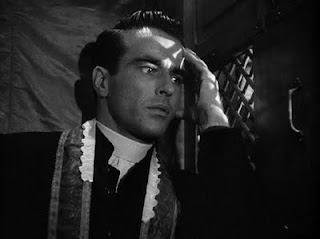 As I got older, I started working at a medical firm along with my sister. I soon found myself in love with one of the managers. Oddly enough, she liked me too. I couldn’t believe there was another person out there like me who liked women. I was only 18 years old at the time and she was close to 30. We had a few dates here and there, but eventually she broke my heart since she was bisexual and only wanted to date men seriously. That was my very first heartbreak -- my very first knife in the heart. Hey I was a kid, what could she have wanted seriously with an 18 year old anyway? I started feeling a lot of guilt because I was brought up to be Catholic. I eventually went through this phase where I found myself sitting in a confessional booth discussing my sins with an Indian priest. (Clears throat.) While telling him how I felt so much guilt for being with another woman on an intimate level, he stopped me in mid-sentence and asked, “Well, what exactly did you do with her?” I explained that I was intimate with her like a man and woman would be when they’re in love. I thought that would have covered all “awkward discussions”, but he wanted to know specifically. He even went to make suggestions about oral sex and other sexual options offered for lesbians. I stared at the mesh cover trying to see if there was some whack job playing a joke on me, but there wasn’t. I saw the white little square collar. It was the new Indian priest getting off on my story. I walked out of there with a few “choice” words for him, and then made the sign of the cross before I left like a good Catholic girl should. 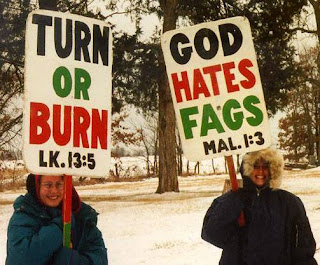 You may have heard some of my stories before, but today I felt the need to get this all out there. I’ve been working on my documentary, and while reviewing them as I’m editing, I’m finding that these wonderful women who I just recently interviewed had gone through similar things. It’s comforting to know that there are people who have went through the same things as I have ---perhaps on different levels, but nonetheless, they know what it’s like to be either mocked, bullied or pervertedly spoken to just because they were lesbians. On a religious standpoint, we all have been battered with the holy ruler and told, “No! If you go with other women you’ll go straight to hell!” The guilt brought on by religious society and parents who desperately want their kids to ‘have the best life possible’ has wreaked havoc in most cases. Some parents will speak so negatively about gays and lesbians, that their own kids go out in society bullying them, because hey -- their parents taught them to be intolerant. It’s not right to be gay, so let’s go out there and bash em’. In not so many words, their parents gave them permission. God forbid a boy looks like a girl and vise/versa.

I’m thrilled to be doing this documentary just to help those who are feeling tremendous guilt for who they are or what God they worship. I am putting my heart and soul into this, with the help of some truly amazing people who have willingly shared their stories with us. The video below shows two segments that features Mimi Gonzalez and Elizabeth A. DeBella. There are many more wonderful and inspiring people that have joined our project and we are still seeking out other people who want to share their story too + opposing sides. Please contact me if you are going to be in the New York area and want to be apart of our documentary. deb@debrapasquella.com
If you cannot view this video on other websites that my blog may be mirrored on, please click here.