Tyler Clementi: Let's See It As It Is As my wife and I were driving across the George Washington Bridge this past Saturday, I took notice of all the people riding their bikes, jogging, walking their dogs and looking so happy about finally having crisper autumn weather. I then looked over to my side at the rusty railing that was no more than three feet tall. I kept staring at it, as the illusion of it moving was simply answered by us traveling at 50 mph. I thought out loud, hoping Mad would understand where I was coming from, “How many times has that railing felt the desperate grips of somebody who was full of grief and hopelessness, ready to take their finally leap into the cold waters of the Hudson?” If you believe that objects hold energy, can you just imagine what that railing must be filled with? Tons of people have held onto that railing so tightly, so desperately, crying, and perhaps even feeling numb from all the emotional grief they have recently gone through. I started thinking about Tyler Clementi and wondered about his last thoughts. What were his options? Did he even give himself options? Why was this the end? It could have just been a bad experience that he could have moved on from. What if someone caught him before walking onto the bridge? What if someone showed him that this will pass - that this time is only temporary and that his problems today wouldn’t matter a year from now? 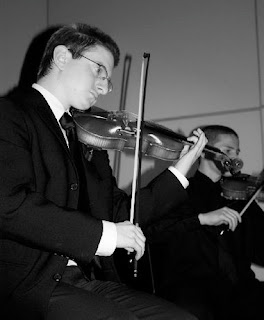 Hundreds gathered last night at Tyler’s vigil near the Rutgers University student center. Grief-stricken family and friends shared their sadness, as some students arrived not knowing Clementi very well, but still shocked and sad over the entire event that had taken place. You have to wonder what’s going through the minds of Clementi’s roommate, Dharun Ravi and his friend Molly Wei right now. Are they sorry they did this? Did they think it would be just a funny prank and that it would just be long forgotten in a week or two? Why was Dharun Ravi so interested in Clementi’s intimate encounters in the first place? I keep asking that question, wondering about Ravi's own sexual orientation. If it were no big deal, it would have never been taped. Another thing that I wonder about is what happened the days before Clementi decided to take his own life? Were there any resolutions or attempts to make things better, or did it just get worse and worse? There is a lot within this story that’s untold. The facts are clearly evident, but the entire plot of it, the course of action, the day-to-day up to the event part isn’t quite clear. A friend of Clementi’s wrote a message on his memorial, “Tyler, I wish you called me...people were willing to talk.” 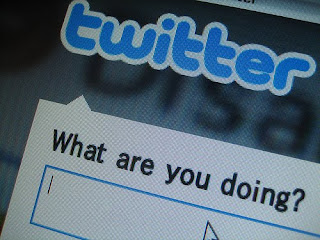 Between Ravi’s twitter messages, announcing he saw his roommate “making out with a dude again”, to the posting of the next available time slot of the peep show, are all signs of a kid desperately wanting to get attention from his friends. Maybe this was the only way people would find Dharun Ravi interesting. Kids don’t know what they’re doing sometimes and they certainly don’t think about the consequences of their actions. For instance, I know many adults who play around with people, torture them emotionally, never quite understanding that suicide is a possible reaction. When you assume you know somebody “so well” ...think again. Nobody sits inside the minds of others. Nobody sits in the pit of somebody else’s silent heartbreak. Nobody “gets” what’s brewing underneath that smile. Nobody. All the success and hopeful future does not guarantee suicide-free person. Anyone can fall that low...anyone, if pushed far enough. This was the final push for Tyler. 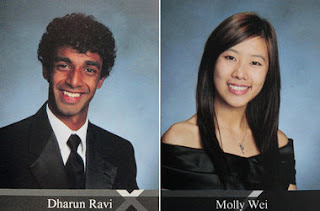 You can blame it on homophobes of Rutgers University, since there was a similar case of homophobic events that took place this past year, and you can also blame it on the pranks of Ravi and Wei, but you can’t blame Ravi and Wei for the suicide itself. Nobody can. That’s a self-inflicted death that was done by the choice of Tyler Clementi only. They want to place more charges on Ravi and Wei - but if you're going to throw more charges and jail time, then flip back into your archives and track down all the other kids in colleges all over the world who have pulled worse-off pranks than this one. What about hazing events? Those are absolutely mortifying sometimes. Many have made it out alive. It’s not that I don’t have sympathy over what has taken place - I just think some people are too weak to handle certain things. Yes, be emotional over it, cry all day and all night if you want, get through it, but please push through it. “Well maybe he feared his parents finding out?” As a lesbian, I feared that my old school Italian father would tie two cement blocks around my ankles and throw me off the GW Bridge, but he didn’t. He looked at me and said, “I'm happy for you.” I never once expected a positive response. In fact, I feared my life. Sometimes we have to wait it out. You might be surprised. 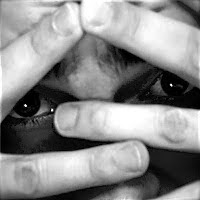 Life is full of pitfalls and bullshit, and yes a few asshats that’ll make your life a living hell, but the more you go through these types of idiotic events, the stronger it'll make you. Strength and endurance builds character. Before even learning that entire concept, I had to go through a ton, and I mean a ton of emotional bullshit from someone who was harassing me over and over again. There were days, nights, weeks, months where I would cry my eyes out over this one person who made my life an absolute living hell, but I pushed through it. Now, when somebody wants to take the place of that emotional torturer, my strength and endurance kicks in and blocks the penetration of any harmful outcomes. When you go through enough crap in life, your emotional well-being is like a muscle; it gets stronger and stronger and with that, more intelligent. It remembers what you’ve been through, and in fact, it psychoanalyzes every single person who tries to hurt you. Most of all, it all makes sense. You’re no longer a victim. You’re free. This is what I wish happened to Tyler Clementi. I wish he chose to go through it, so that he would have the strength the next time around to know better. And yes, some other event would have taken place----that’s life.

While many people will focus their anger on Dharun Ravi and Molly Wei, let them keep in mind all the silly pranks they had done as a kid. Granted we didn’t have technology back then to broadcast intimate encounters and other private moments, but these kids probably didn’t realize the extreme outcome of what was about to happen next. We have all done something stupid in our lives, especially in high school and college. We have all regretted an action or two. What about a couple? One cheats, and the other commits suicide out of pure grief... Is it the cheater’s fault for the death? Of course not. This is a very sad event, but let’s see it as it is...
To read more of Deb's articles, please visit: www.debrapasquella.com
Debra Pasquella Dharun Ravi Molly Wei Rutgers University suicide Tyler Clementi vigil