When It Hits Home... 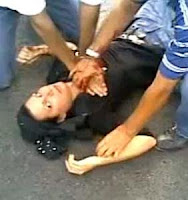 Lately, I haven’t written anything so much as a Tweet in the last week or so. I think I caught the ‘absorb the madness’ bug from one of my favorite bloggers, Enemy of the Republic.  And mind you, not so much that it is a bad thing, however I am finding myself absorbing the craziness of the world. I’ve been fixated on the media, watching stories unfold of the injustice of Iran’s elections and the brutality, bloodshed and horrific Youtube videos and Twitter updates of the massacres that are going on. A young woman who was protesting was shot in the chest. She was identified as, Neda Aghan Soltan, to be made an example of the horrific killings that are going on. The video is even too graphic and more so, sad to even display on my blog. I’m just giving acknowledgment and a link if you want to watch the video. It is very disturbing to watch, so I warn you. While Neda was shot in the heart, a man was kneeling next to her crying out in Farsi, “My Neda, don’t be afraid, please don’t go, please don’t go, please stay...!”  One woman, made as an example and many people also killed in the same way. 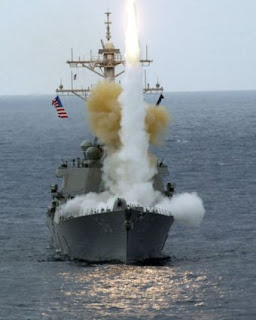 Then you have North Korea threatening to wipe America off the map with a nuclear war. Has this world gone completely mad? I’ve contemplated about airing my views regarding Obama’s reactions, decisions, choices, promises, lack thereof, as well as his ability (or disability) to maintain the U.S. as the strongest nation. Obama is concerned about going aboard Korea’s warship named, “Kang Nam”, to investigate whether or not it is carrying weapons of mass destruction. He’s so afraid of being called another “Bush” that he is possibly backing away from them - bowing down to a weaker country. John McCain suggested that we should definitely investigate regardless of these “silly” threats being made to the United States. There is no diplomacy when it comes to dealing with unreasonable countries who simply hate us. This was why I voted for John McCain. He would not pull his pants down for another dinky country to make these types of threats. This is another reason why I voted for Bush. I’d rather my marriage equality to suffer than the world. It’s a no brainer.

I know most of you disagree with my views on politics, and I understand. Everyone wants peace. I want peace. I think peace talks would be great...if they only worked. For years these countries have hated us so much - what would possibly change? There is no “change”. As far as my religious views go on this: we are in Revelations as we speak. Who would have thought the Bible has made better predictions than Nostradamus, Sylvia Browne or even Miss Cleo?

I’ve been advised to stay away from all sources of the news. I’ve been told not to read the papers, not to tune into any news channels and to just focus on ~positive~ things. I used to tell Enemy of the Republic the same thing. Now, I’m in her shoes absorbing too much of this. We heard about the slaughters that took place in other countries, but now with Youtube, Twitter and Facebook, we are viewing it with our very own eyes which makes it more “real”. I guess when we don’t ‘see it’, we kind of put it on the back burner. When threats are made to other countries, we sometimes tend to disregard it.  When threats are made to us - the United States - the strongest country in the world, then it hits home.
Barack Obama Debra Pasquella facebook Iran elections John McCain Kang Nam Neda Aghan Soltan North Korea nuclear missiles nuclear war revelations Twitter youtube