Life and Death Are In the Power of the Tongue 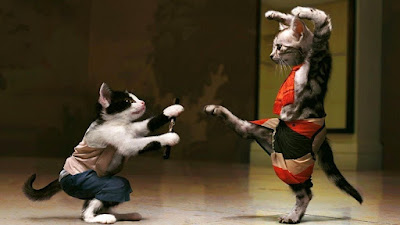 In all my years, I have never seen politics become so vile, vicious and even downright dangerous as I do today. Whatever side you're on, people are killing one another over it. A few years back, it was interesting to talk about politics with people, even those with opposing views. Today, you literally have to make sure you're wearing a bulletproof vest if you wanna go there. The thing that I'm noticing the most, is that people are bonding more when they have someone to mutually hate. Whether you hate Biden or you hate Trump, they are bonding through the mutual hatred of another person, as well as the mutual hatred of those who support that person.

And then you have social politics, where two or more people will gather as friends due to a common interest: somebody they hate. Nothing bonds them better than hating the same person. These types of people cannot be trusted. In most cases, they use one another to form a clique, and some even do it to gain something monetarily as well. 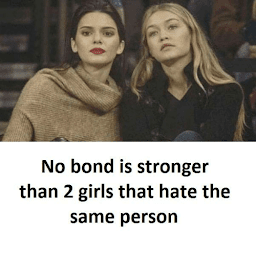 This can even trickle down socially. Remember in high school when two girls would befriend one another simply out of mutual hatred of another student? Maybe they even bullied him or her together and found that their common 'interest' made their friendship stronger. But that kind of friendship fades fast. Remember, when somebody gossips to you about another person they dislike, be sure that when you're not around, that same person will definitely gossip about you as well. I've seen this happen so many times, and I still continue to see it. There's an old quote in Judaism that says, "Gossip kills three people: the person speaking, the person they're speaking about and the listener."

The way the person speaking is being "killed" is that they're going against God. They're sinning by simply gossiping and perhaps, spreading rumors that aren't true. Even if the rumors are true, the act of spreading information that can hurt somebody else or defame them is a sin. Eleanor Roosevelt said it best: "Great minds discuss ideas, average minds discuss events and small minds discuss people." People who gossip all the time usually don't have anything intelligent to say, other than talking about other people. They find a common ground (such as someone they dislike) and their friendship grows from that extremely soft foundation.

The Person Being Spoken About

This person is being killed through words, hurtful stories and untruths. They are being killed, by having their name destroyed and possibly bringing others aboard their hate train. This can not only destroy a person's reputation, but it can destroy their mental health as well. Remember, people have feelings, and when you tear someone else apart through gossip, lies, defamation and your negative opinions about them, you may just bring them to a point they cannot come back from. Proverbs 18:21 puts it this way: “The tongue has the power of life and death.” The stakes are high. Your words can either speak life, or your words can speak death. Our tongues can build others up, or they can tear them down. An unchecked fire doubles in size every minute.

The person listening may be affected the most. Some people are morbidly obsessed with other people's tragedies or unfortunate circumstances, as well as the insults that are thrown at them. The listener has the ability to control whatever they hear. They have a choice: either stop it or correct them if they're lying about someone. For the speaker and listener, it shows a lack of self-control. It shows their true character and what they're really made of. So when somebody is gossiping, and speaking badly about somebody else, they're not intelligent enough to have a decent conversation about anything else other than hating on another person. They want to recruit you onto their team, and then when it's your turn to be spoken about, which happens almost 99% of the time, you'll think to yourself, "I should've seen that one coming."

Keep your circle tight and welcome those who bring in the positivity. Life's way too short to waste time on hating anyone. In many religions, especially Christianity, hatred in your heart is actually considered murder. In 1 John 3:15 it says, "Anyone who hates a brother or sister is a murderer, and you know that no murderer has eternal life residing in him."

Be kind.
Be understanding.
Have compassion.
For more of Deb's articles, please visit: www.debrapasquella.comor join her on Facebook and Twitter. Check out her cooking blog at DebsCucina.comfor some of her famous recipes!