Intentions: You Get What You Give 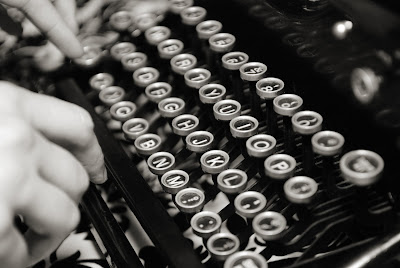 Back in 2003, I was trying my hardest to become a writer. I started a blog in hopes to get my thoughts out on 'paper' as well as relate to others, hopefully help some people out there on the interwebs. Months later into my blogging experience, I found myself looking at another girl's blog who happened to be featured in the New York Times. She was blogging the same amount of time I was and was offered a book deal. I frantically read her blog, page after page, hoping to find her secret to success. Her writing style was easy to read, which I like because I think people who use 50 cent words are kinda pretentious. The content itself was really dirty though -- pretty much trashy. She mainly spoke about her dating experiences, much like how Amy Schumer would describe them. I'll leave it at that. Everyone ate it up. Her blog got thousands of comments, where she needed a personal assistant to just help out with all the replies. This was before social media, so blog comments were the most important thing. It meant that your blog was important, or at least, popular and well liked. 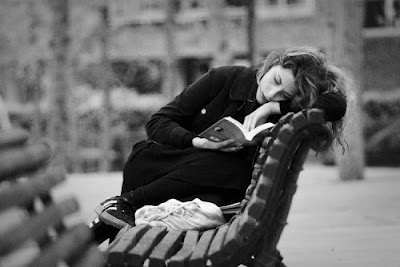 In my mind, I wanted to know why people chose that sort of content, instead of something more inspirational, borderline controversial due to the LGBT nature mixed in with Christianity. But it didn't take long to realize that her content catered to the 90% of Generation Xers out there (which would be our Millennials right now.)  Nonetheless, I still had this underlining feeling of jealousy that I would've never admitted to. I was never jealous...so I thought. But I kept looking at her blog, looking at the massive amounts of comments, staring at her new book, to which I eventually bought. I needed to do better. The more I tried to one up her, the more I failed. This girl didn't even know who I was, or that someone out there was trying to compete with her. My intentions were not in the right place, so I failed miserably.

Our intentions with anything we do in life tells us about our integrity. For instance, I remember going through a turbulent relationship with this one girl during this same time period. I remember praying to God just to at least have a friendship with her, but my true intentions were not matching my prayers. God knew that my intentions meant more than just a friendship. I couldn't lie to God, no less myself. So my prayer never got answered. I'm not saying that you have to believe in God in order to set your intentions -- it's a law -- bad intentions will always fail in the end. It's almost like karma: what you put into the universe will be given back to you. I truly believe in that, although, wishing for bad karma on someone else is just bad karma for you. So there's that.

In any type of business, if your goal is to screw people over in order to make your millions, eventually it all comes out in the wash. 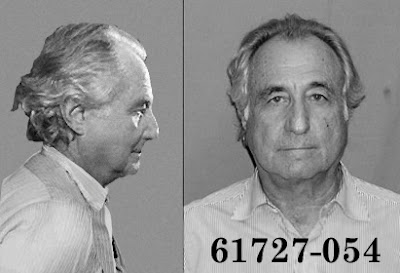 Remember Bernie Madoff? No name has become more synonymous with fraud and financial shenanigans. A former stockbroker and investment advisor, Madoff pulled off the largest financial fraud in U.S. history through a Ponzi scheme that totaled roughly $65 billion. Arrested in 2008 at the age of 70, Madoff was put in handcuffs one day after he came clean to his sons about his company’s trickery, and his sons went to authorities with the information. He eventually pleaded guilty to eleven federal felony counts, and was sentenced to the maximum sentence of 150 years in prison. The Madoff trial ended in 2009, but defendants are still pleading guilty to this day. The effects of the scheme hit Madoff’s family especially hard as well, as his son would later commit suicide. Financial victims of the Ponzi scheme include celebrities like Kevin Bacon, Steven Spielberg, and John Malkovich. Considering the enormity of the Madoff scheme as a whole, he could count himself as lucky that he will only be spending a relatively small portion of his century and a half jail sentence behind bars, as time is sure to catch up with him sooner or later.

The day I started to do everything with good intentions, I started to get noticed by other websites, online magazines and publishing houses. I started making money off advertising and created a business of editing and ghostwriting for myself. My intentions were to help, encourage, inspire and to add God into every bit of my work. I didn't look at anybody else's work, and if I did, I was trying to gain knowledge or understanding about the craft of writing and social media. I no longer envied other writers, in fact, I wished them well with their goals, even those who have succeeded beyond what I could possibly imagine. My entire mindset was different, and so were my outcomes. 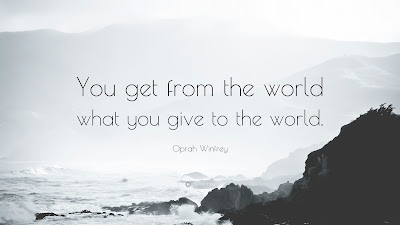 My point is, if you are trying to gain something in life with bad intentions, the karmic route will always slap you in the face. For me, it's God's gifts. If I don't have good intentions about getting God's gifts, then I won't receive them. That doesn't mean that God is going to give me the world handed on a silver platter -- I'm talking about working hard to meet a goal, but having good intentions behind whatever it is that you enjoy doing. Even in life, with family and friends, all good things come with good intentions. For me, I had to learn the hard way. I had to learn that I couldn't ride off of someone else's coattails to get to where I am now. I couldn't just "wish" for a writing career or magically create one because I thought I was better than "this writer' -- I had to go in full steam ahead with good intentions. There's no such thing as "good content" if done with bad intentions. You can feel the intentions when you're reading someone else's work. You can feel the intentions when you're watching someone's film that they've made. You know that the integrity is there and this is what makes art, writing, film and music magical. Without good intentions, everything else is failure. You get what you give.

For more of Deb's articles, please visit: www.debrapasquella.com or join her on Facebook and Twitter. Check out her cooking blog for some of her famous recipes!
at May 02, 2017