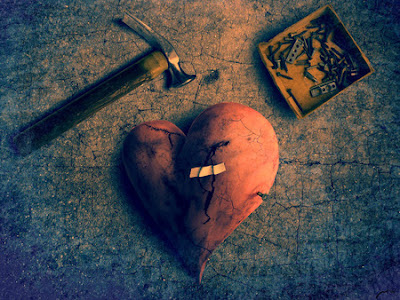 Have you ever felt that intense heaviness on your heart -- the type of pain that only exists when you lose a loved one or when the love of your life parts ways with you? Some say that a breakup is very similar to a death, except the other person is still out there choosing not to be apart of your life. For some, that can be the most painful thing in the world. I wrote about the broken heart syndrome before in this post. It's similar to what I feel happened to Debbie Reynolds and Carrie Fisher. The pain was too much for Debbie Reynolds to bear -- to see her daughter go before her. No parent should ever see their child go first. In that article, I also had spoken about my dad's passing and how I reacted to it. I kept getting severe chest pains. I finally had to be hauled away by the ambulance because I passed out. The EMT said, "I was the one who helped your father in his last days, you're going through the broken heart syndrome." And that was the first I have ever heard of it.

The American Heart Association gives us the definition of it. 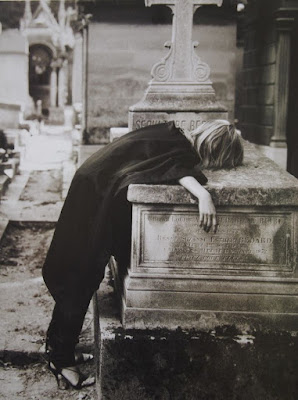 Breakdown of a Broken Heart Broken heart syndrome, also called stress-induced cardiomyopathy or takotsubo cardiomyopathy, can strike even if you’re healthy. (Tako tsubo, by the way, are octopus traps that resemble the pot-like shape of the stricken heart.) Women are more likely than men to experience the sudden, intense chest pain — the reaction to a surge of stress hormones — that can be caused by an emotionally stressful event. It could be the death of a loved one or even a divorce, breakup or physical separation, betrayal or romantic rejection. It could even happen after a good shock (like winning the lottery.) Broken heart syndrome may be misdiagnosed as a heart attack because the symptoms and test results are similar. In fact, tests show dramatic changes in rhythm and blood substances that are typical of a heart attack. But unlike a heart attack, there’s no evidence of blocked heart arteries in broken heart syndrome. In broken heart syndrome, a part of your heart temporarily enlarges and doesn’t pump well, while the rest of your heart functions normally or with even more forceful contractions. Researchers are just starting to learn the causes, and how to diagnose and treat it. The bad news: Broken heart syndrome can lead to severe, short-term heart muscle failure. The good news: Broken heart syndrome is usually treatable. Most people who experience it make a full recovery within weeks, and they’re at low risk for it happening again (although in rare cases in can be fatal). ---read more here.

Here's what I learned from God speaking to me. Whether you believe God spoke to me or not is up to you. I can only share what I heard, felt and what was impressed upon me. He told me that it's impossible to experience the broken heart syndrome if you have faith. See, when you have absolute faith in God and your afterlife, as well as other's afterlives, you know that they're going to be okay. More importantly, you're going to be okay too. Faith is the one thing that's been scientifically, (yes, scientifically) proven to show that people who had faith, are more likely to cope with grief much better than those who do not have faith.

Trust me in your times of trouble, and I will rescue you, and you will give me glory. -- Psalm 50:15

Since I know it is all for Christ's good, I am quite content with my weaknesses and with insults, hardships, persecutions and calamities. For when I am weak, then I am strong. -- 2 Corinthians 12:10

When you trust in God and have absolute faith in Him, there is nothing you cannot get through. As the ol' saying goes, if He brings you to it, He'll get you through it. It may sound cliché, but it's my truth -- it's my belief. Times of crisis and hardships can strengthen our character too.

We can rejoice, too, when we run into problems and trials, for we know that they are good for us--they help us learn to endure. And endurance develops strength of character in us, and character strengthens our confident expectation of salvation. -- Romans 5:3-4

Sometimes, I let my mind rule my emotions, especially when my mom's health is declining or she has to undergo some sort of procedure or struggle through the awful effects of the chemo. During this time, I'm very vulnerable. And even now, seeing her in such pain from her cancer and how the strongest of pain killers doesn't even help her much at all, it kills my heart, or at least, it feels that way. I've seen my dad suffer through this for some time, and now she's going through it -- almost in the same way.  Watching someone you love so much, suffer so terribly...really is painful. I wish I could take her pain away, I wish I could regenerate her cells to be healthy again, I wish...

My mom was losing a lot of blood due to her condition. We had to keep taking her to the hospital for blood transfusions all the time. Now she is taking iron intravenously every week. I thought about the story in the Bible about the woman with the issue of blood. Although these illnesses may have been different, I had faith that this can help us in our own situation. First, let me tell you the story about the woman Jesus healed who had an issue of blood.

As Jesus and the disciples were going to the official's home, a woman who had been hemorrhaging for 12 years came up behind him in a huge crowd of people surrounding Jesus. She touched the fringe of his robe, for she thought, "If I can just touch his robe, I will be healed." (So her faith was strong enough to believe this to be true!) Jesus turned around and asked, "Who touched my robe!" He knew exactly who it was, but the touch had so much faith in it, that he needed to find the woman that needed help. When he came up to her, he said, "Daughter, be encouraged! Your faith has made you well." And the woman was healed at that moment. Just by touching his tzitzis made her well. Tzitzis are specially knotted ritual fringes, or tassels, worn in antiquity by Israelites and today by observant Jews and Samaritans. So, I went out and bought a few Tzitzis and had them blessed. She placed them where her cancer is, and now her "issue of blood" has stopped, although she still needs her iron infusions. The story touched me because I believed that if my mom were to use these tzitzis, that her bleeding would at least stop for some time. By faith, she was healed in that respect. I still have hope. My worst fear in the world is losing somebody I love. I'm sure I'm not alone with that fear. As I was praying, the sun was shining on my face, warming me in the midst of a cold day. I looked down and saw a bright silver heart made from the ice that was forming on one portion of the ground. I heard God speak to me and say, "The scripture in Psalm 91 that says, 'Though a thousand fall at your side, though ten thousand are dying around you, these evils will not touch you.'" He said "these evils" can reference to the broken heart syndrome. Evils are anything that oppresses you emotionally: fear, grief, depression, anxiety, etc. And although this scripture references to a much larger scale of 'warfare' -- this applied to me at the time of my prayer. He promised that I would be okay. Even if I saw every single one of my loved ones go before me, that no "evils" should touch me. He said that there is no such thing as a "broken heart syndrome" for those who have complete faith in God. So by faith, I am saved from these terrifying thoughts and grief of what's to come. When people get physically ill or perhaps, die from losing a loved one, it means they have little to no faith in God and heaven. They don't believe or (doubt) that they're going to be okay.

They did a scientific experiment, showing people who were going through intense grief after the death of a loved one. One group had faith, while the other group did not. 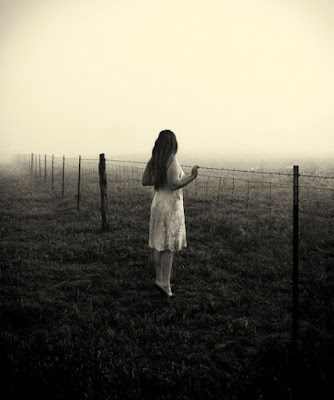 There are many agnostics and atheists who don't have faith, or at least enough faith to get them through their challenges in life. I'm not saying it's an easy ride when you have faith, but the burden is much less. I can't make anybody believe in God, nor believe any of the awesome miracles that have happened to me. I can just hope that one day, someone sees me as an example and gets inspired to believe. We can't push "religion" down anyone's throats. God gave us free will, and with that, people are free to choose to believe or not to believe. But by example and scientific evidence that faith proves and improves the state of health, grief or pain. Prayer is the most powerful thing anyone can do for someone in my belief. Prayer is the link between you and God. And when it comes to healing, when two or more are gathered in prayer, God is there to heal and restore whoever needs it. Many atheists who were former pastors tell me, "Well, you know that what you are experiencing is oxytocin." Well, if it is, let me be happy with my chemicals flowing through my body, because I not only have faith that it's the Holy Spirit, I know that for me, it's truth. God will never let science prove Him. It's only by faith to which He exists. And that's only up to you.

"You believe because you have seen me. Blessed are those who haven't seen me and believe anyway." -- Jesus (John 20:29)

For more of Deb's articles, please visit: www.debrapasquella.com or join her on Facebook and Twitter. Check out her cooking blog for some of her famous recipes!
broken heart syndrome Christianity faith faith in God God grief Jesus