Removing My Label Once and For All 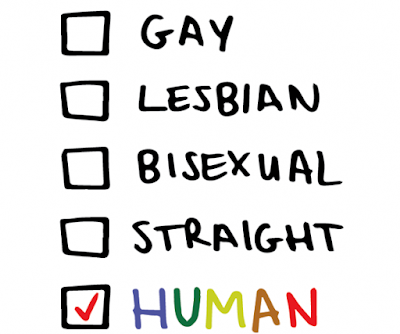 So many of us like to place titles on our lives, like "I'm a salesperson" or "I'm a Trump supporter," and even, "I'm a lesbian."  Before I make this statement, please know that I am not lumping an entire group into a "whole", but from only what I have seen for myself. I don't like to label myself. Hate it. But it is what it is. I'm gay. I guess the technical term would be "lesbian". Whatever. I do not belong to any "community", although I am an advocate for the LGBT community as best I can. I've never been to a pride parade, simply because I can celebrate who I am right here as I am. I am not embarrassed about being gay, or about having a lifetime partner of 23 years -- I just don't want to be lumped as a "community". With that being said, I have experienced on numerous occasions, other lesbian women who do not respect my marriage with my partner. They will either try to pursue an affair or relationship, fully aware that I am committed to only one person. I have seen other lesbian women who are partnered up that also pursue a relationship or an affair on the side. I know this isn't only limited to the "lesbian community". I realize that straight people do this as well, but from what I've seen, the "community" has done lost their minds.

Perhaps I'm a bit of an outcast. I'm Christian and God comes first in my life, and that's not the norm for your stereotypical "lesbian". I had several people email me asking why I took the "lesbian" and "LGBT" label off from my bio on all social media. It's very simple. I do not want to be pigeonholed in only talking about one topic. I never did anyway. So when people come onto my blog or live broadcasts, they think it's just going to be LGBT conversations and topics. It's not. In fact, most of my readers and broadcast viewers are straight. I'm not aiming for a particular group -- I'm simply trying to help people who struggle with similar things as I do.

I'm so much more than just a "lesbian". That's only a fraction of who I am, only because I am married to someone of the same gender. Love is love no matter who it is, regardless of gender. But lately, the "community" has been coming down on me, questioning my updated bio, having to leave the "lesbian" out of the equation. I feel like in some way, that limits my audience. I don't see many writers and broadcasters displaying themselves as "straight guy from NY" or "black woman from Cali" -- it's probably a given. Details like that aren't really important. Who ARE you? What do you DO? How do you help? I think those things are much more important. And being an LGBT advocate is important for various reasons and issues of discrimination. Sure. I get that. But it doesn't have to be a daily crisis. 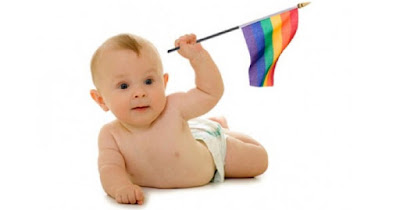 I've contemplated on whether or not my being gay was a choice or if it was genetics. And my question is: who cares? For instance, I knew I liked females since I was in diapers. "Well what do you mean you liked females -- you didn't even know what attraction was!" No. I did. I found myself having little crushes on actresses, teachers, or family friends who were older females. I never liked any of my friends who were my own age. But as I grew into my teens, I also dated boys. I needed to give the "normal life" a shot. I dreamed of the typical life: big house, three kids, a family dog with a white picket fence, etc., but that never happened, or it kinda did but in a roundabout way. And now, I have a wife, (my family unit), a nice home, a dog without the white picket fence.

"But are you happy?" 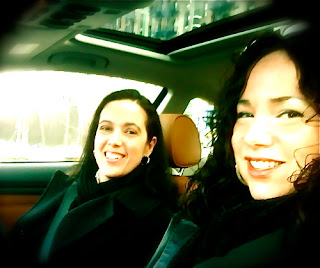 Is anyone 100% happy? I can say that my happiness is a byproduct of my gratitude. I am extremely grateful to have married my best friend. Every little thing I have, (and it's not much) is worth more than gold to me. My relationship with God has made me realize so many things. For one, you don't need to procreate in order to be a caretaker or to help someone less fortunate than yourself. I have learned that a family unit doesn't have to consist of having a little biological tribe, but it's to find love within your own home and welcome those who are in your life with love and respect. Life doesn't have to look like a Hallmark movie. It simple has to be appreciated for all that it is.

I have never fit in with the "lesbian community". I was always shunned for my political and religious views. They'd tell me that God doesn't accept me and neither does anyone who holds republican values. See, I don't believe that. And I have views that are much more important than the "gay agenda". I feel like the "community" has pigeonholed themselves into a world of exclusiveness -- a world where nobody else is welcomed, unless they all think and live alike. I don't conform to their standards, and never will. I will always stick up for anyone who is being discriminated against, but to be apart of a 'community" that shuns their own is just too vile to even consider.

Not long ago, I remember I was talking to one of my friends who happens to be a transgender woman. She's also a lesbian. She went to attend a lesbian meet up -- where they all go out to dinner in groups and get to know one another.  I guess you can say my friend wasn't quite settled in -- or "well assimilated" to her gender as of yet. She was still transitioning, but you can plainly see, that she was indeed, a she. The negative response she received from these women were so awful and discriminative. To even think that this group of lesbians are seeking acceptance from society, yet doesn't take the "T" in the "LGBT" is just sickening to me. It's not only hypocritical, it's despicable. They said that they felt as though it was a "man" intruding and forcing themselves inside their private groups -- an "impostor" of sorts. I truly believe that after I found this out, it only made my views on the "community" hard to swallow. So this is why I will not associate myself in a "group" or "community" -- nor will I ever label myself again.