Is It TRUTH or FAITH? 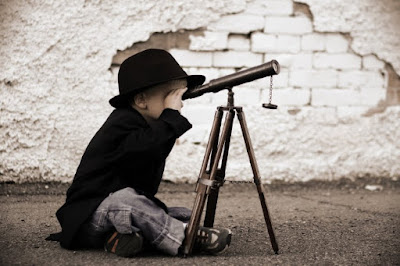 The one power that all of us have is the power to choose. Most of us were brought up with something higher than ourselves to believe in. Some of us believed our parents when we were told that Santa Claus was a real person, possibly weighing 300 lbs, who could actually wiggle his way down our narrow chimneys to give us presents under our Christmas tree. We were raised to believe. As we grew older, we began thinking for ourselves and choosing things that possibly angered our parents. As we experienced the world in a much more independent state, we began to discover new things, different foods, as well as various types of other religions that people believed in. I think it's safe to say that all of us raised that one important question in our mind: "Which is true?"Aren't we all searching for the "TRUTH"?

In the U.S., it's typically dominated by Christianity, although we are known as the "melting pot". Some of us truly never questioned whether or not Christianity was the one and only "religion" to follow. Since most of the nation were following Jesus, then this was the way to go. They went on blind faith, hoping that their afterlife would be somehow safe and secure. Some people like myself, had the fortunate opportunity to experience Jesus and the Holy Spirit, without questioning blind faith. In John chapter 20 verse 29, He says, "You believe because you have seen me. Blessed are those who haven't seen me and believe anyway." Nobody believed that Jesus was the Son of God. They all saw Him after He had died. I mean -- with their own eyes, they had seen this miraculous appearance and still, some rejected Him. 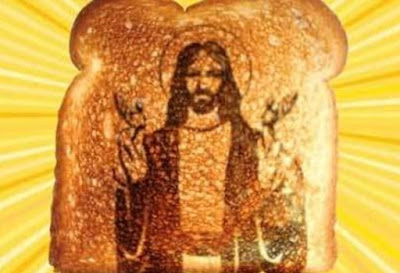 My point is, I understand blind faith and the imbedded childhood religion that stuck with some people into their adulthoods. You and I are just going to have to respect that. It's a given faith -- a given "religion". I also cannot prove which religion is TRUTH, but for myself, since I have "seen", I know what's TRUTH for me. It's just impossible to ever prove it to you. Anyone can debunk my experiences to hallucinations or perhaps they feel I did some sort of drug that made me felt some sort of"euphoria", which could explain my experience. But in my own recollection, it was early on a Saturday afternoon. I had just gotten back from having coffee down the street with my partner in Provincetown, MA. (No, I didn't see Jesus on a piece of toast.) I was sober in mind and body. There were no drugs or alcohol in my system to have made me experience something that I would never forget in this lifetime. If you'd like to read about the story more in detail, I explained everything in my book, A Prayer Away From Healing. 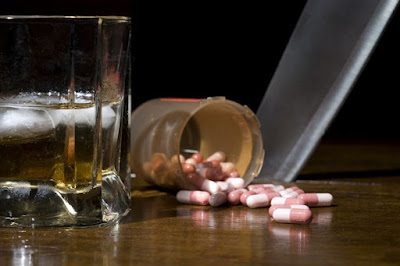 Let me just go into detail about something that happened to me a little more than two years ago. I was in a really bad situation and there was a lot of family conflict. We had just lost dad from cancer and now mom was trying to fight the big "C" and we were all feeling hopeless. All of us were so incredibly stressed out, and still mourning from our huge loss. It had gotten to the point where I held a gun and placed it on my lap ready to do the unthinkable. I didn't want to live anymore. It was such a volatile and destructive time for me, that I almost pulled the trigger. Instead, I turned to prescription drugs and numbed those feelings of hurt, sadness, bitterness and despair away. I also called a suicide hotline, hoping to hear someone with some wisdom, but they were less than excited to help out. They flung me a phone number of a nearby therapist and said to give that a shot. And although I have sought out a million and one therapists, this one therapist saved my life. 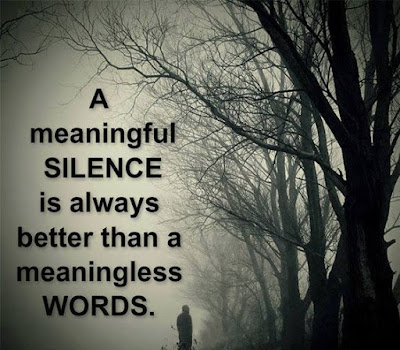 Even beyond the therapeutic help that I received, I began to realize a lot of things in life. I began to research beliefs, philosophical theories and even sought out other religions. As I was hunting for the "TRUTH", I found out why people act and react. I found out what the main cause of conflict was, and that being the ego. I learned that silence is better than a rebuttal and that silence can be more effective than words. I learned a lot about the pain-body, and how there are so many people who refuse to let go of past hurt -- even from childhood. It makes them neurotic and it also makes them place the blame on people who are currently in their lives today. Their mind is poisoned. They can't get out of this small, confining prison they live in. For each miserable experience they have endured, someone has to pay for it -- someone has to feel the same pain they feel. And with that, comes the EGO, because the EGO is always right. It's never going to admit that it's wrong. And so, it continually causes conflict with itself and with other people around them. They lash out, snap at their loved ones and ridicule and judge other people for not having the same luxuries OR challenges as they do. But even with luxuries, they are still so incredibly sad and miserable. They refuse to let go of their ego, of their poisoned mind...of their sanity.

I used to be one of them until the day I decided to let it go. I literally stopped dead in my tracks and let it all go.

The first thing toward letting things go that are affecting your everyday behavior is to realize that forgiveness is the number one step in becoming sane again. This can be forgiveness for something that took place more than 20 years ago, or forgiveness for someone who is always hurting you today. Forgiveness is not to be confused with being a walking mat. You also have the right to choose to remove yourself from someone who is too toxic to be around. If you cannot tolerate the toxicity of another person because it is affecting your mental health and wellbeing, then that person needs to be removed from your life. "Removal" of a person doesn't necessarily mean that you'll never see them again, more often, it means to simply not let them 'in' fully -- to set boundaries and set your own ground rules for friendship or maintaining a relationship with a certain family member. No words need to be said. Your actions or lack thereof will say it all.

The other day, someone asked me what makes me so sure about my faith. And besides "seeing for myself" -- my relationship with God is the one thing that makes my life complete. Since I have made God number one in my life, I have received answers that cannot even be explained. I have learned things that aren't published in spiritual books. But I have also researched other spiritual gurus about their own faith and journey in discovering the best way to live -- all correlating with my own initial beliefs.

Here are my beliefs... 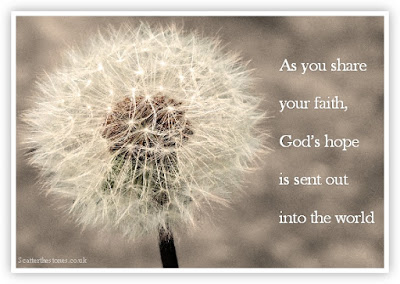 True faith doesn't have an ego. True faith doesn't have to be "right" all the time. It doesn't need to call itself, "TRUTH". It just needs to be appreciated for the wonderful spiritual experience that it is. When somebody has true faith, you'll rarely get an argument out of them. And if you're fishing for one, true faith will step out of the picture and let you hear your own voice. True faith requires dedication. It requires to not only pray, but to meditate, "LISTEN" -- hear what the Source has to say to you in order to learn. True faith is learning. Someone who thinks they have learned all there is to know doesn't have true faith. They have an insecure illusionary "security blanket" type of faith. This type of faith always yells, "I'm right and you're wrong!" That's the ego trying to protect it's illusionary integrity. True faith, is believing in whatever you believe in, and yet respecting other people of different faiths. Their faith has no impact on you whatsoever. You do not need to convert them. If you feel the need to convert them, then try being a wonderful and peaceful example of your own faith.

It sounds pretty simple, but it's not. You have to diligently seek out God every single morning and every single night. Constant communication with God is the key to living a peaceful life -- at least it is for me. I once heard a great analogy explained by Joel Osteen. He said that since you have so much faith, God will keep you in the frame. So, if you start to backslide or do something that goes against what your faith requires, or goes against God -- then God pushes you back into the frame. You may hit the edges, but you'll never leave the frame. Having faith, especially experiencing that your faith is real can never make you a nonbeliever. For instance, now that I have seen, I can never "un-see". Strong faith is similar as well. Once you have that deep faith for God, you can never be unfaithful. And if you try to be "unfaithful" and research what it's like to be atheist, or "pretend to be" because perhaps you're angry at God or people of the church -- it'll never "stick" so to speak. I do believe that there are real atheists out there in the world who are searching for scientific evidence. But the ones who tear down God and His people for being "silly and delusional believers" are the ones who seem like they have an ax to grind.

The great mystery of life has always been debated. TRUTH is, nobody "knows". They can only experience, believe or not believe. Whatever journey you're on, just make sure that you respect other people's journey, even if it's on a different route than yours. Because being angry over somebody else's journey (religion or faith) will only hurt you in the long run.

For more of Deb's articles, please visit: www.debrapasquella.com or join her on Facebook and Twitter. Check out her cooking blog for some of her famous recipes!
at August 31, 2016