When You Love Yourself, You're Able to Love Others the Same

- July 06, 2016
Losing a friend is strange, isn't it? I've lost a couple. I guess you can say it ended due to a conflict of interest for the most part. Some of my friendships ended on some sort of strange political view, to which I decided to just end it altogether. The thing is, friends and family members really shouldn't discuss anything political. On a religious note, if you share the same faith -- fine. But there are people who just can't "share" -- they have to use their bullhorn and blast you out of the park with their "GOD" and how you should worship who they worship.

No. It doesn't work that way. 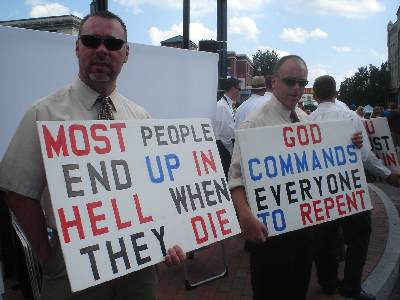 Many of my friends are usually Christian heterosexuals who feel the need to tell me that I'm going to hell for being married to my wife of 22 years. And of course, I'm confident enough in my own faith to believe otherwise. If you'd like to read about my theology -- click here. Trust me, it's not some "gay agenda" I'm trying to sell you. It's just my faith. But like my friends who worship another God -- we respect each other's beliefs. We don't call each other sinners. It's so strange because one would think two totally different people of faith would be of more conflict, but it's not. Christians are fighting with Christians more than they do than those who reject their god. It's not that I'm weak in my faith in God, but it shows that my faith and confidence in my God is much stronger than petty fights with someone else's ego.

And there's that word again: ego. 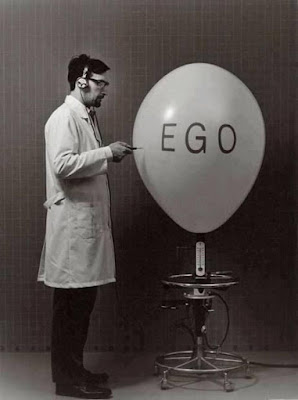 The ego needs to be right all the time. It needs to have you agree with them. And if it fails to do so, then the ego goes into fight mode. It's impossible to argue with someone with an extremely large ego. It's not even about the topic at hand anymore -- it's about them and their faith and that if their faith is wrong, then they basically lose. (Or lose it.)

So one day, since my highly religious friend continues to pray for me because she's convinced that my destiny is in a fiery lake of hell, I then decided to end the friendship altogether. It was too much maintenance and too much "explaining" to do. There were too many bible verses that were going to be tossed around like a volleyball. I mean, come on, let's face it -- it's totally pointless if you're not going to use scriptures to uplift someone. People are getting way too comfortable reading off scriptures and using it to bash other people with, or to make them feel bad about themselves. This is so wrong. The only thing they're doing is scaring them away from God.

Your faith, my faith, anyone's faith is not science-based. (No I am not going into atheism here, bear with me.) Our faith is of a spiritual nature which nobody can prove. Nobody. And although I have had quite a few spiritual experiences which cannot be explained or proven, this is why my faith is so strong. I know for myself that God is here, and that God does accept me 'as is' and doesn't think I'm a filthy heathen as all of His followers seem to think. He knows my heart and He understands why people do the things they do. 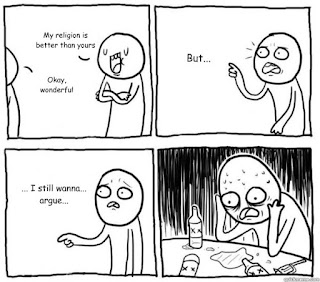 When you threaten someone's faith system that has been instilled for many years, even maybe since childhood, you threaten their ego. You threaten the one thing that has held them together. You also "may" be threatening their own true sexual orientation or identity. So there's that. A topic for another time. When someone is confident in their arguments, there isn't any name calling, nor is there any desire to continue the debate, because debates happen when two unconfident people are trying to seek out the truth. I don't argue anymore because for me, I already know. But I'm not going to push my religion -- eh that word irks me -- my faith upon other people and make them feel uncomfortable. It's my own personal journey. If you want me to share it, then I would gladly do so. But I wouldn't share it in hopes it knocks some sense in ya. That's not how I do things.

Let me sidetrack for a sec...

When my dad got diagnosed with cancer back in 2010, we were all so terrified to lose him. I guess for all of us, losing a parent is most terrifying. When he passed over, my world was muted. It's like walking into a busy fairground filled with people laughing and having fun, and then all of the sudden, the sound disappears. It's the only way I can explain what I mean. Someone muted my world. His voice would fill a room (or two or three) and his presence alone was always noticed. His spirit, his lively being, was so bright, that you couldn't ignore it. His wheezy laughter is gone, his loud jokes are now evaporated into nothingness. It's so silent around here. Even his personal belongings, trucks and bulldozers and heavy equipment, one by one vanished. The property looks empty (cleaner) but empty.

He rarely spoke about God, even though he was brought up in a Catholic household. Both my parents raised me to be Catholic. I went through the motions of communion, confirmation, Catholic night school -- you name it. But dad rarely shared his feelings about God, until he got sick. He knew that my wife and I were believers and asked us to pray over him one day. He held my hand and stared at me like a little boy, scared and shaken from the excruciating pain. The sicker he got, the more questions he asked. Then one day, Madelene's mother came over with her husband, both who are apart of the church. They took my father in a private room and asked if he accepted Jesus as his Savior. He accepted and repented of his sins. That's huge for someone to do when they're new Christians. After that day, it was as if he was a different person. He didn't fuss over the small things anymore. My mom even noticed it. And so, I never question where my dad is right now. In fact, I see him in my dreams and he helps me with many things. We have conversations in the dream. The number that I constantly see is 12:21 on the clock, whether day or night. It was the same time he went to be with God. I've been seeing that number a lot lately, especially when I'm going through a rough time. I truly believe his spirit is around me, as well as in heaven. 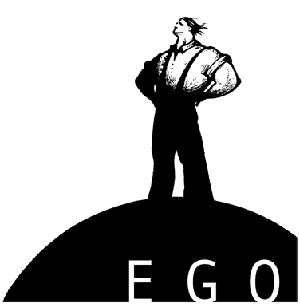 So my point of this story is this: my dad came to me in a dream (whether you believe this or not), and explained why he was the "tough guy who didn't need God" all his life. He said that his ego couldn't get out of its own way. His ego led him to appear tough, strong, resilient, but he stated that inside, he was just a scared little boy hoping to scare off the bad guys. He wanted to protect his family, and so he puffed up his chest and pretended to be bigger than he was. And he was a big guy! It all made sense now. He had to play that role in order to make us feel safe. But he didn't have to do that in retrospect. All he had to do was accept himself as is, but at that point, his ego was large enough to crush mountains. And so he continued on as the 'scary big guy on top of the mountain'. And we loved him anyway.

The ego hides the 'little boy' or 'little girl' that's deep inside. The ego tries to protect the vulnerability, the humanness of one's being. It's also a survival mechanism that many use in order to navigate around this scary world. Even those who live in downtrodden urban areas use their ego as a safeguard against other large egomaniacs. It never ends and continues to thrive off one another, making itself larger than the other. When it comes down to politics, especially for those who are oppressed, the outrage by many communities will also have their egos puffing out their chests in order to become heard and seen by all. We don't have any candidates who we can safely stand behind without getting backlash for our support. Think about it: each side loathes the other tremendously -- more than any other election in history. It's gotten so bad, that people have done lost their minds. Friendships are ending and so is our entire sense of respect for one another. 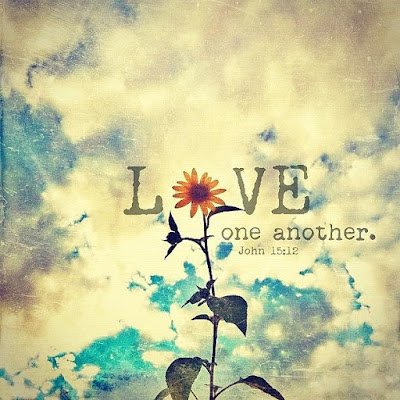 Whenever you hear me talk about politics, it's never one sided nor is it ever clear on who I am supporting. In fact, I rarely ever participate in political conversations, unless I see someone hurting another person due to religious views. The non-scientitifc side of politics seems to override anything logical. And while I rely on my "non-scientific faith" -- I also don't use it to beat someone to a bloody pulp with. Religion is a 'bad' word in my opinion. Spiritual faith should not hurt! What are we doing to one another? Why can't people accept others who don't necessarily fit their view of "God"? Why can't they just live their life and let others live theirs? They can't, because their ego is blinding them. Most homophobic people are scared that other people's lifestyles will impact the way their children live or persuade them to live an ungodly life. Perhaps they'll become one of those "dirty, filthy heathens". I've been called so many horrible names by our Christian community, and yet I still stand strong, being a Christian and relying on my faith and my God to get me through.

In politics, each side of the coin is corrupt. Why lose friendships and family members over such nonsense? How large is your own ego? Can you safely sit down with someone of the opposite political party or someone who doesn't believe in your god? How much strength would it take to fully accept someone for who they are and what they stand for? How much strength would it take to just love people as they are? But first, you have to love yourself. Maybe that's the issue we should all be discussing.

For more of Deb's articles, please visit: www.debrapasquella.com or join her on Facebook and Twitter. Check out her cooking blog for some of her famous recipes!
Christianity ego faith God love politics religion