I Happened to "Stumble Upon"... 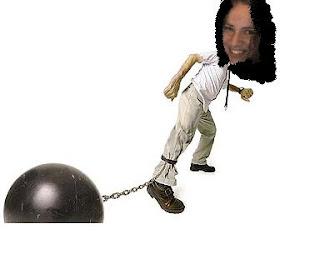 Surfing the internet, I found this amazing little tool called, Stumble Upon. It goes right on your browser and lets you pick the topics you wish to surf. I picked 4: guitar techniques, photography, Christianity topics and relationships/psychology type of stuff. The photography that comes across this toolbar is absolutely the most amazing photos I have ever seen in my life. The articles aren’t all blogs, they’re mostly professional sites that are so well written and informative. I can’t stop. I’m addicted.

Then I “stumbled upon”, this site. It talks about relationships and the laws of attraction. It also explains how relationships can take a turn for the worse---if you let it. The concept is, if you focus more on the negative attributes of your relationship, like ‘he/she chews too loudly, he/she doesn’t open the doors for me or he/she doesn’t clean up after themselves’, then you’ll begin to dislike the person you’re with. If you find yourself arguing with somebody you’re romantically involved with a bit too often, it suggests you seek out the positive aspects of the relationship. Maybe he/she makes a conscious effort to send you random cards or flowers once in a while. Focus on that. Maybe they’re generous with their compliments, which makes you feel good about yourself. Instead of focusing on the ‘chewing too loudly’ part, it suggests to focus on the other side.

It’s hard. Some people can’t focus on the positive side when there are negative forces that are side-by-side racing together towards the finish line. Maybe none of those negative things will go away. I always used to tell people to make a list of pros and cons when they were confused about their relationship. They didn’t know if the good weighed out the bad. But now I’m thinking that was a bad idea. Maybe the negative weighs out, however, the few good qualities are the most important. Evaluate how serious one of those negative checkpoints is. For instance, if your partner/spouse tells you they love you every single day (for a positive), and yet he/she doesn’t take the trash out every single day---which one is more important?

Usually, after a relationship breaks up, the person who was the faultfinder usually comes to the conclusion that the relationship wasn’t bad after all. It was their outlook on the relationship that ruined it. They now seem to overlook the few idiosyncrasies that their ex-partner had. Regret takes place and then by that time, it’s usually too late.

It is better to live alone in the desert than with a crabby, complaining wife. ~Proverbs 21:19

If you feel you’re constantly getting badgered with complaints, insults and false accusations that stem from jealousy, then maybe this person isn’t the one for you. There are many people who seek out a good argument. Some people fight just to finish off with good make up sex. It’s almost like a sickness; they’re addicted to the ‘making up part’. For a healthy relationship, the intimacy should be just as good when getting along, as it does when you’re making up, in my own opinion.

A nagging wife is as annoying as the constant dripping on a rainy day. Trying to stop her complaints is like trying to stop the wind or holding something with greased hands. ~Proverbs 27:15

If continued complaints are left unresolved, it’ll never come to an end. If the person who complains the most isn’t willing to take a look at their own actions, there’s nothing left to say other than, is this really what you want? Is this the life you want to live forever? You can love someone, you can be “in love” with someone, but the true test of relationships is if you really like the person you’re with.
arguments break ups love make up sex proverbs relationships romance