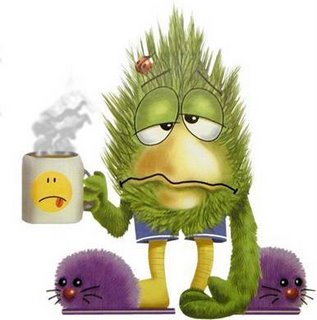 I’ve tried everything from Echinacea, vitamin C to hot soup, gargling with salt water and Swedish nurses. This cold won’t leave me. Some would say alcohol kills the bug—the good stuff—not just beer. Well, I went down to the local pub & restaurant where they serve up the most delicious bloody marys with Amy. I asked them to give it the “Deb style”, which involves mostly Ketel One vodka and a touch of tomato juice. I asked for the hot sauce on the side. I dowsed the hot sauce ten million times to get any left over germ that may be lingering.

This trick seemed to work. We headed off to Target to get some last minute Christmas gifts. I decided to grab a gingerbread latte at the Starbuck’s next door. Bad move. This stuff is loaded with so much cream- it’s disgusting. I felt it coming on. My cold was back, and it was getting worse. The real question is, why do Starbuck’s, Duncan Donuts and other coffee hut branches serve up their coffee with 95% cream and 5% coffee? This defeats the whole purpose of the coffee bean high. They should just serve hot cream in a cup with coffee grind packets to replace the sugar. I felt like I had strands of mucus flying out of every cavity of my head. Not an attractive sight to see. 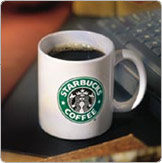 Above is my version of coffee. I drink it black, no cream or sugar, but sometimes I like to have a treat. I didn't know I was going to drink a gallon of half-n-half! 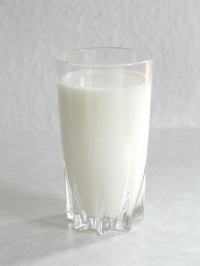 This is what Starbuck's coffee is made out of. There may be one or two grinds of coffee in that glass, but the rest is all cream. Can you imagine what this does for someone who has a cold? It's a mucus nightmare!

I’m trying not to stay home too much. I know they say rest up and sleep as much as you can, but I’m restless. Then you have other people saying go out and get some air, it’ll do you some good. I took the second advice. If I sit home, the living room or bedroom- or whatever room I occupy while being sick, has the ‘air of sick' in it. You know what I mean. It’s when you walk into a room where someone has been in it all day coughing, hacking and sneezing. It feels a bit damp and musty. It needs to be aired out. So I decided to air myself out. Well, this sickness has been going on for over a week now.

Tomorrow evening, I’m supposed to meet up with CP and her husband for a bite to eat and a few cocktails. It doesn’t look like I’m going to be able to make it. Even if I could, I wouldn’t want to bring CP and her “hotband” down with her cold. She’ll never let me down for that one. Being that CP’s a nurse and all, she’ll probably be all prepared with a huge vat of antibacterial gel as well as a surgical mask when hanging out with me. And no, I wouldn’t be insulted. It’s something most people should think about during this cold and flu season. My next step is to invest in a bubble.

Enjoy your week and don’t touch the handles on those shopping carts!!!